Driving East on highway 64 in Southern Indiana, I came to the town of Marengo. 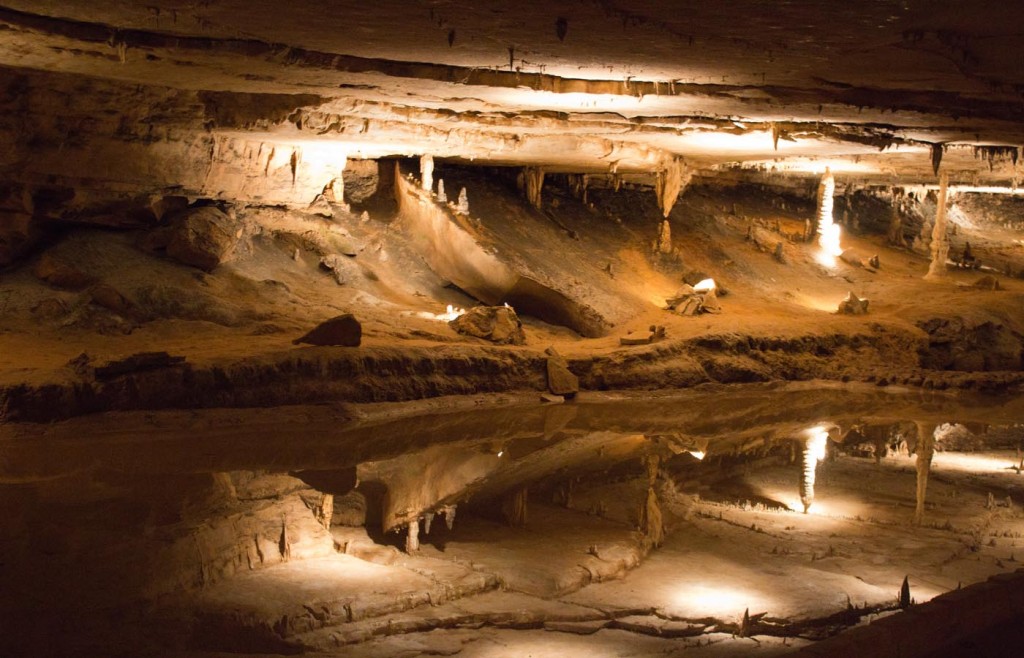 On September 6, 1883, two children, Orris and Blanche Hiestand, were exploring in the woods near their home in Marengo, Indiana, and found a sinkhole.  With lanterns in hand, the children slid down 50 feet into the sinkhole and discovered the vast interior.  They were in awe by what they had discovered, but were more afraid of the darkness and they quickly retreated to the surface. 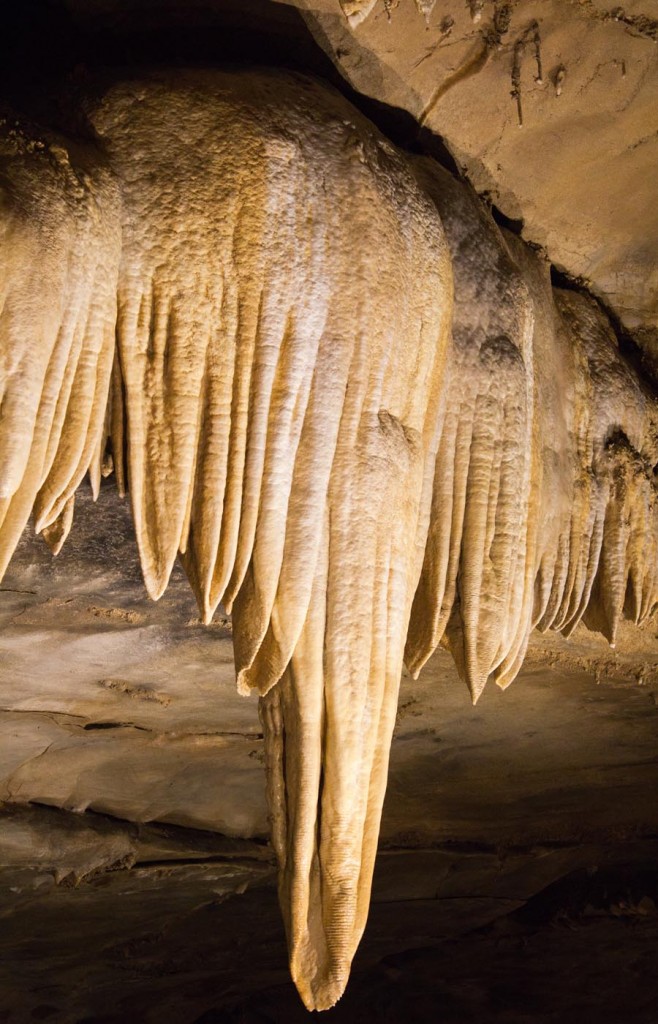 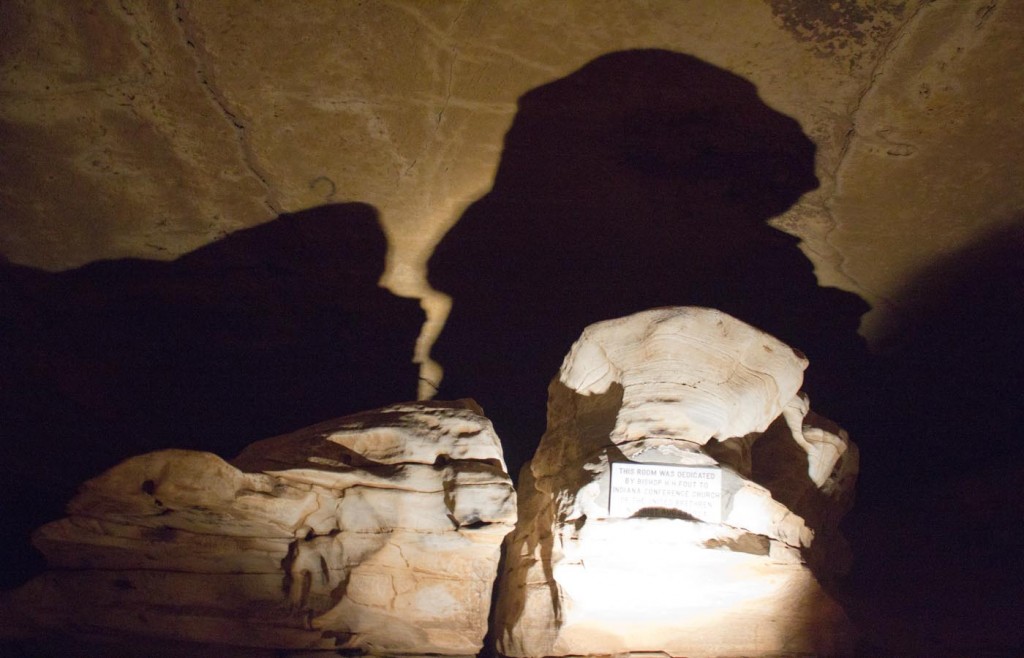 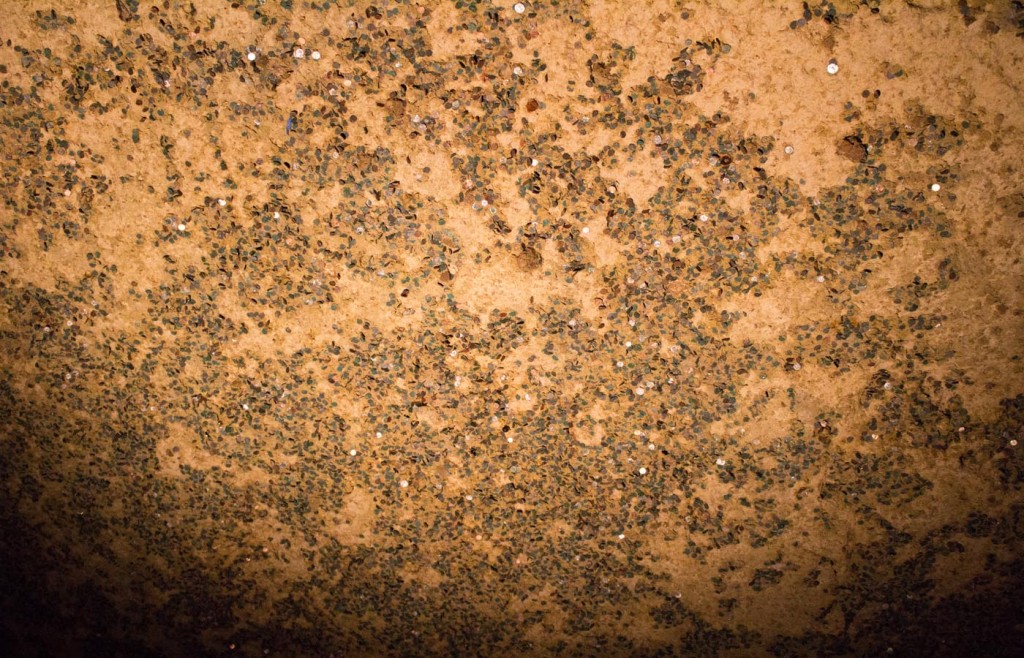 Coins that have been thrown into the clay ceiling.

Three days later the children told the land owner, Samuel Stewart about the cave.  Mr. Stewart immediately opened the cave to visitors and charged them a quarter to take the tour. 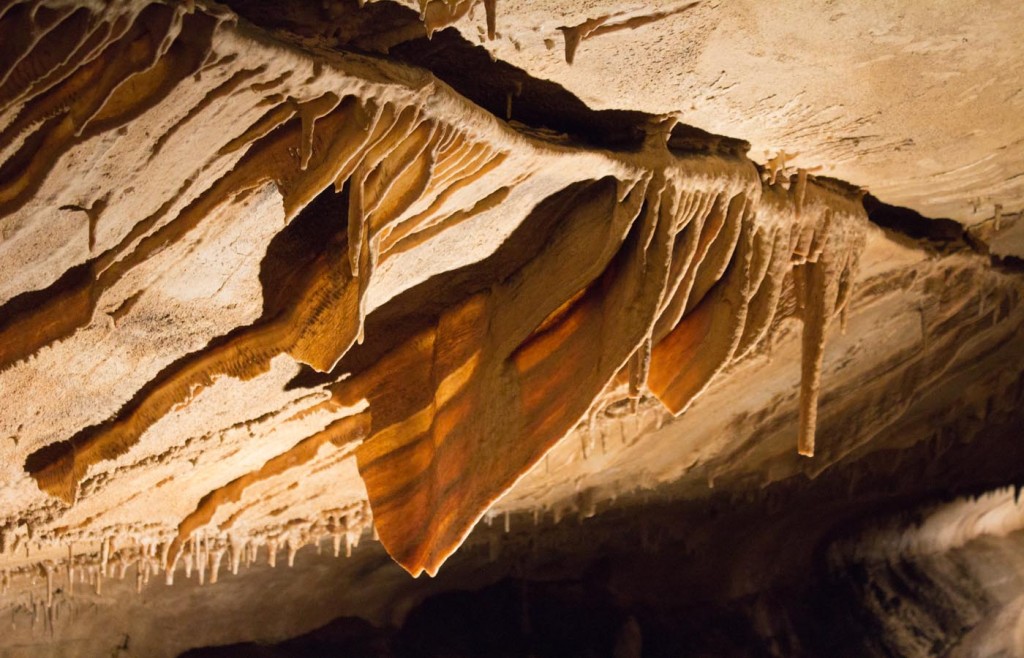 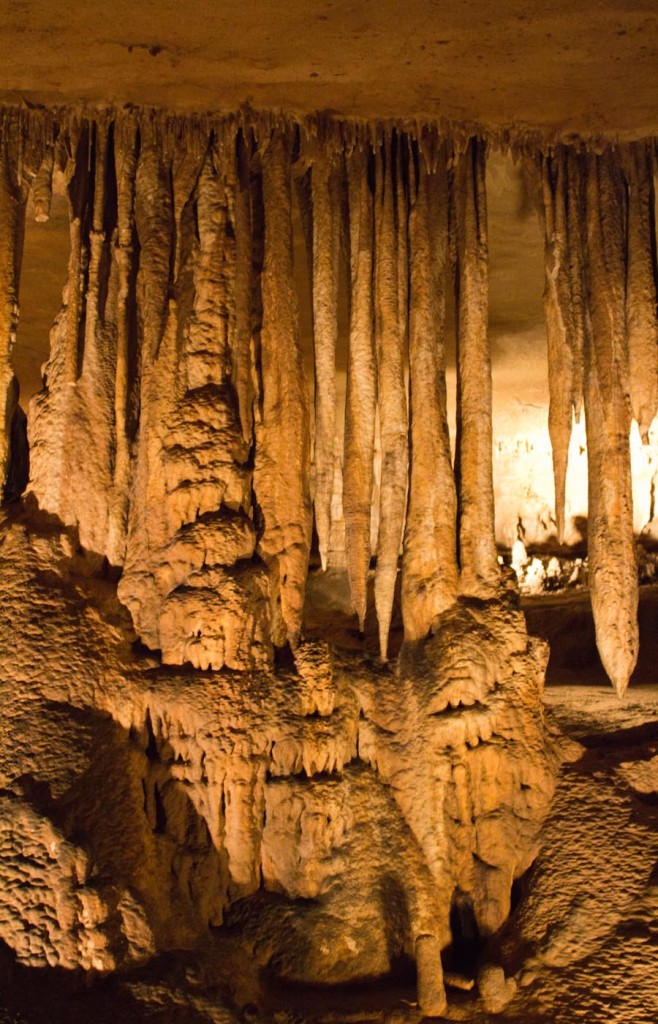 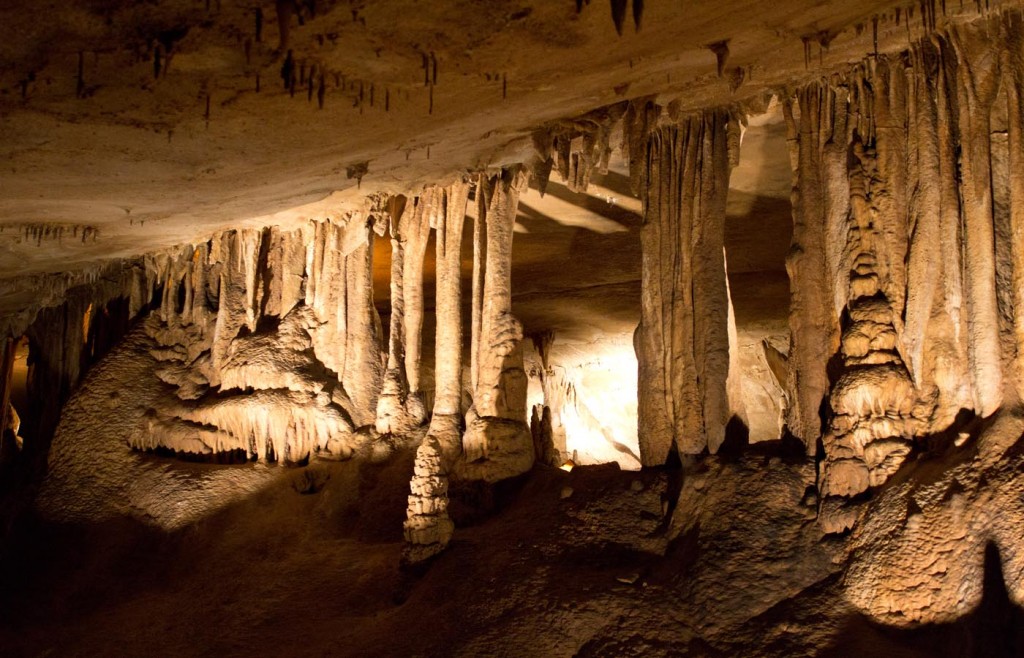 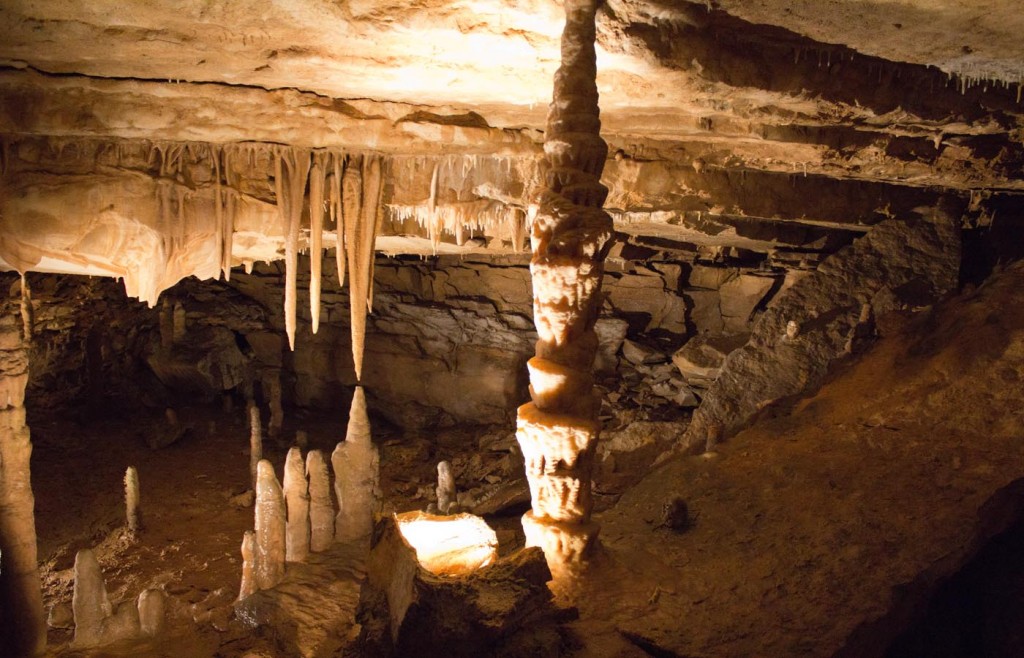 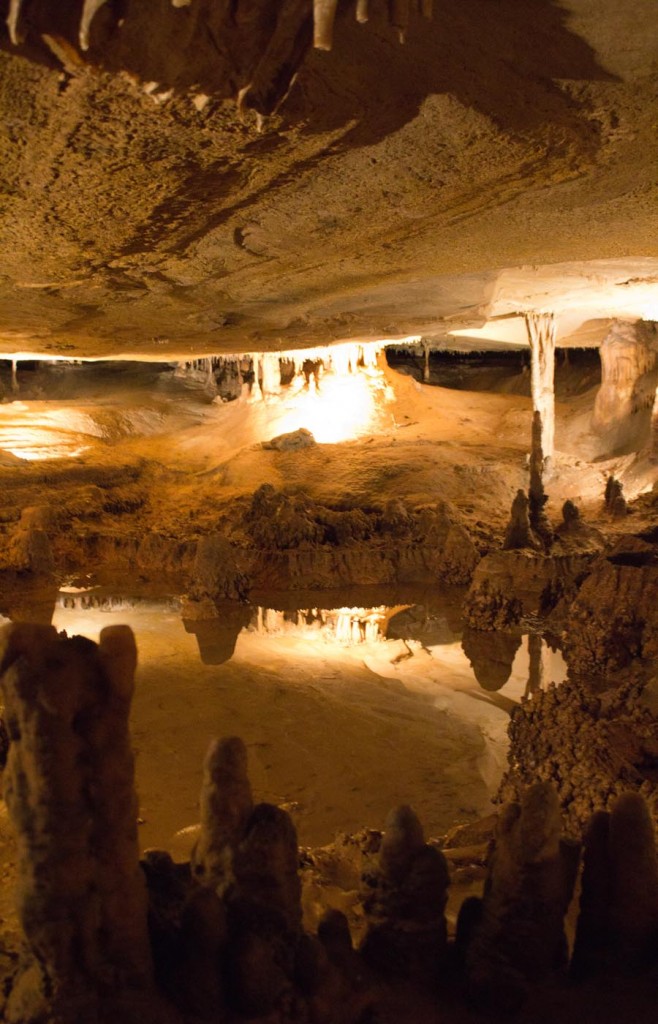 Marengo Cave is the largest cave in Indiana, and it has been open year-round for tours for the past 130 years.  There have been church services, weddings and concerts in what is known as the “Music Hall,” which is large enough to hold a small house and is known for it’s acoustics. 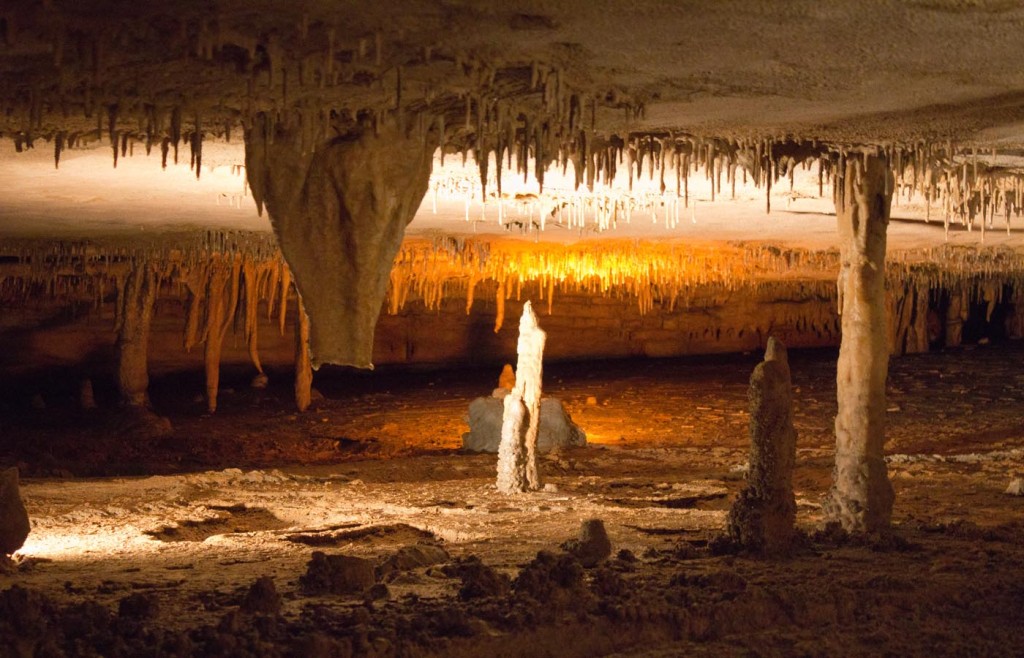 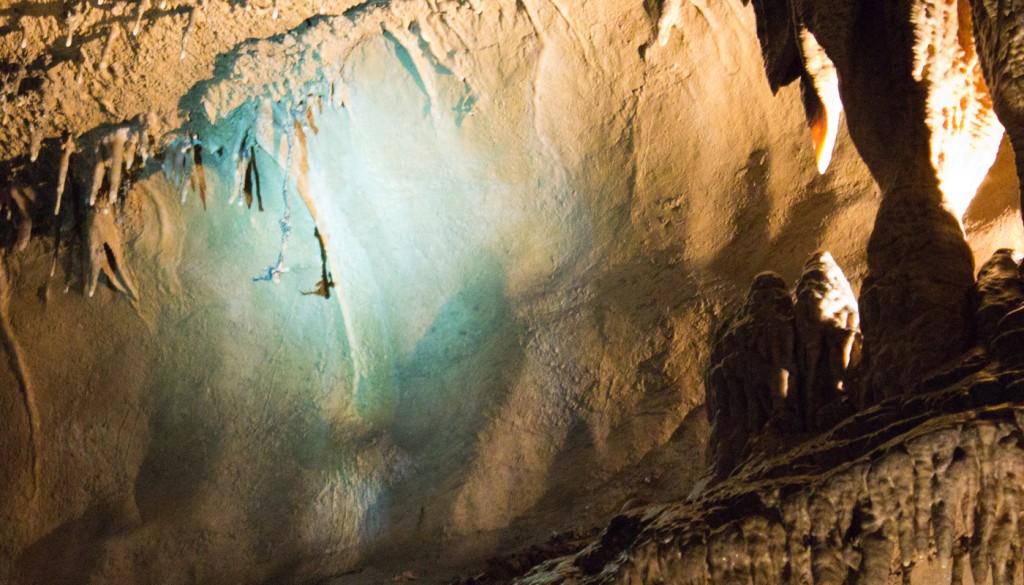 Girl on a swing 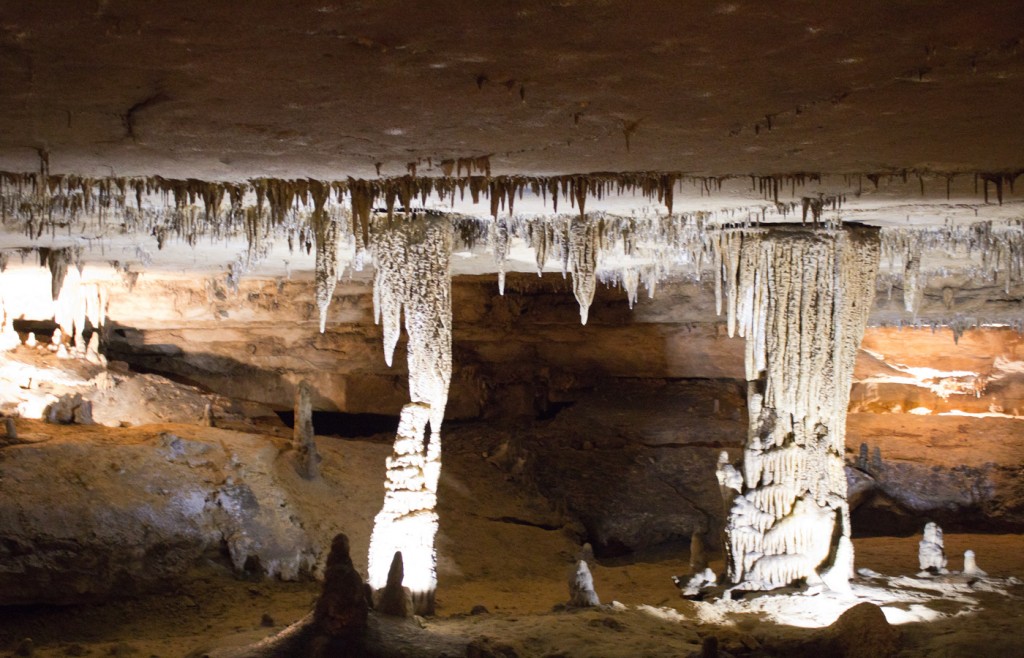 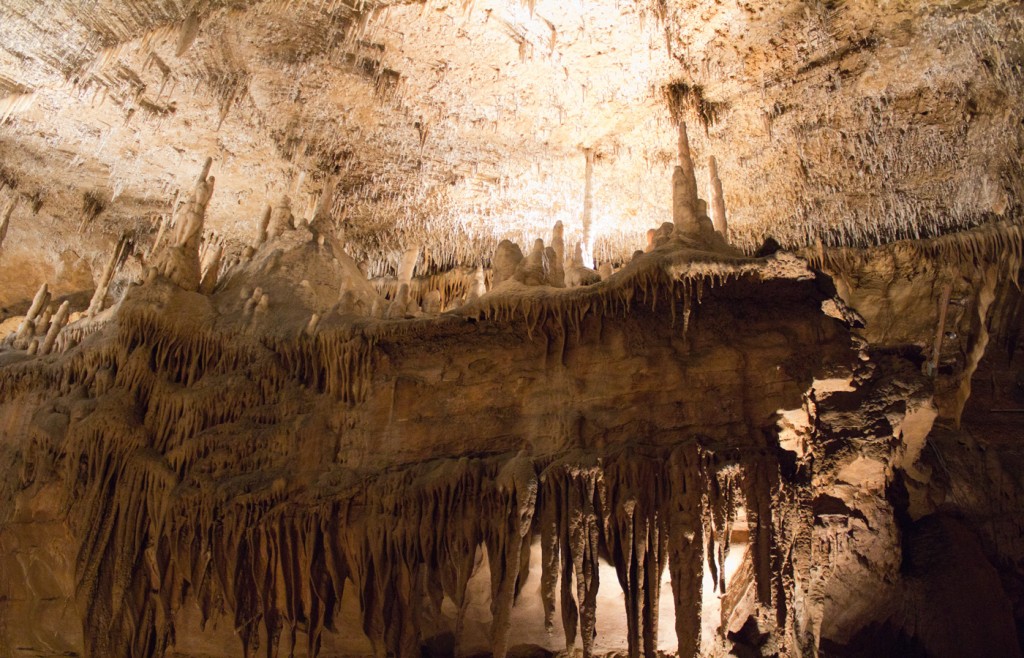 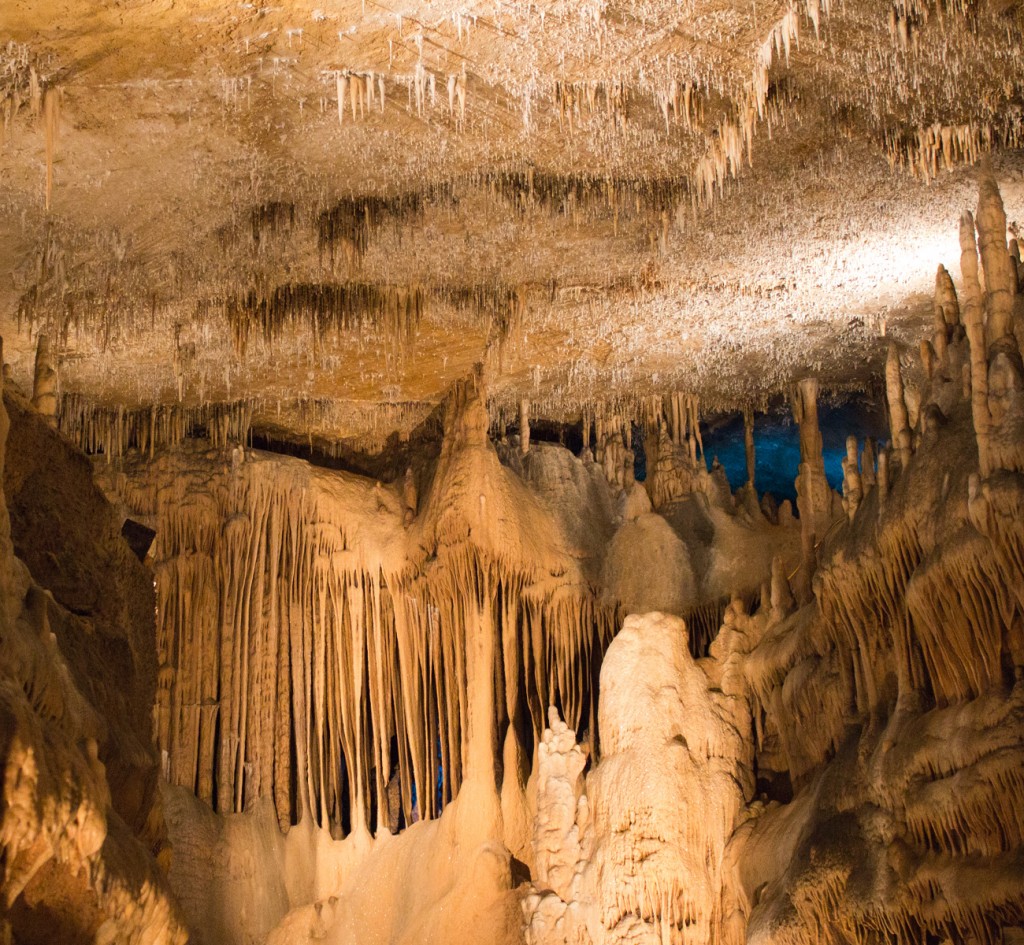 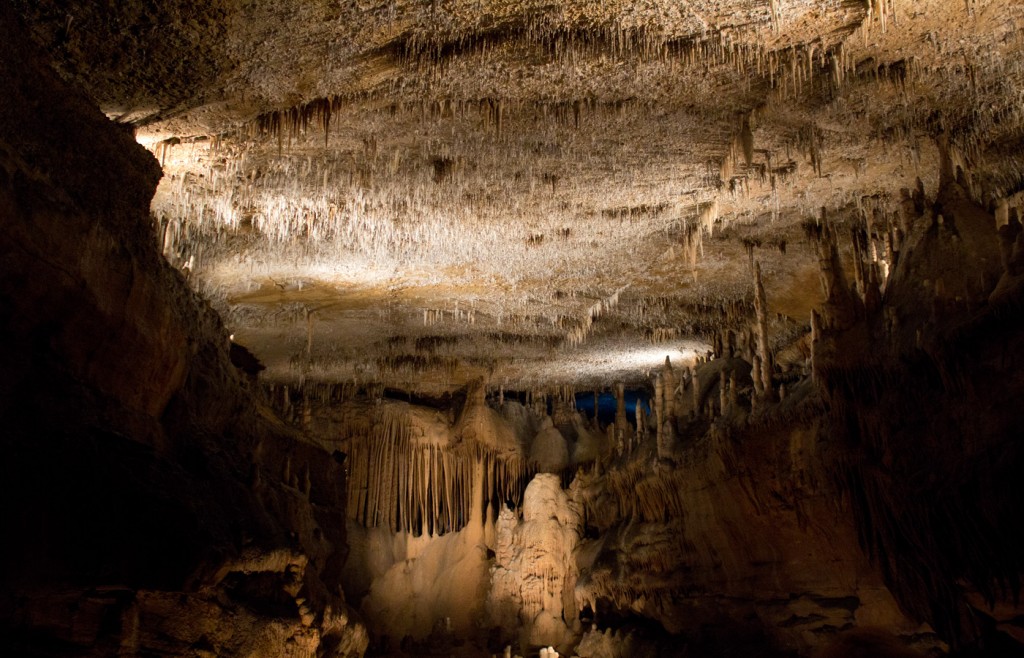 I took both tours, Dripstone and Crystal Palace, so I could stay underground as long as possible.  The temperature was 52˚ underground and 110˚ on the surface. 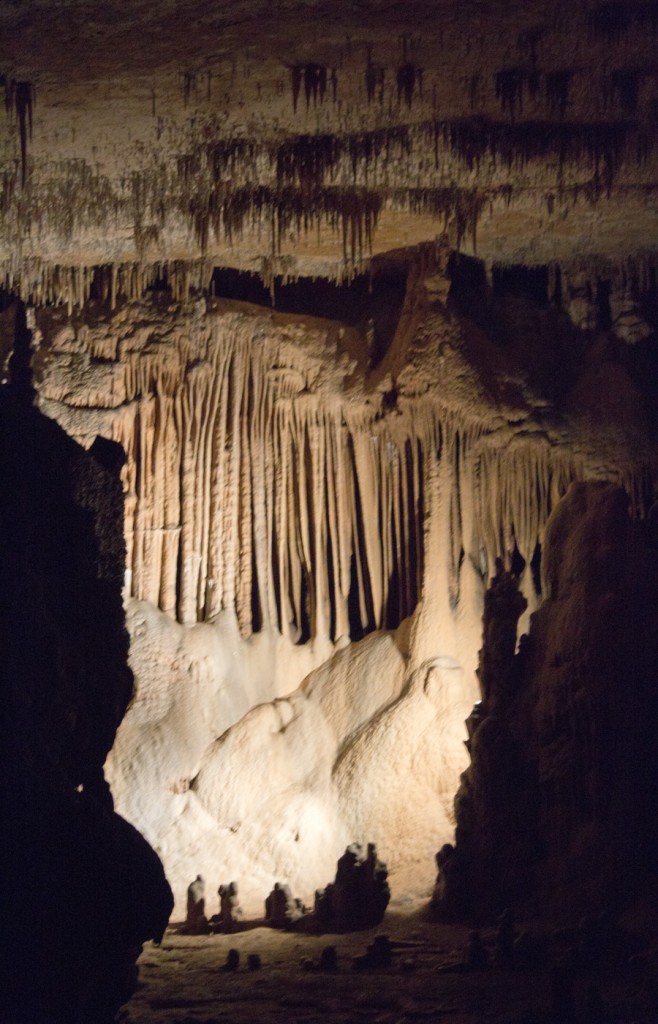 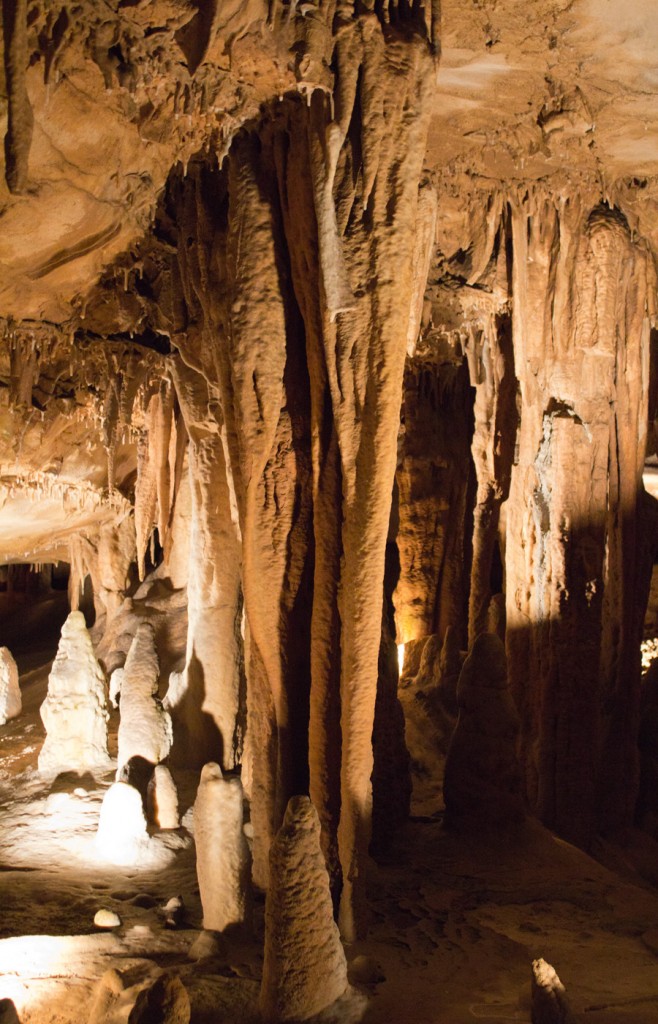 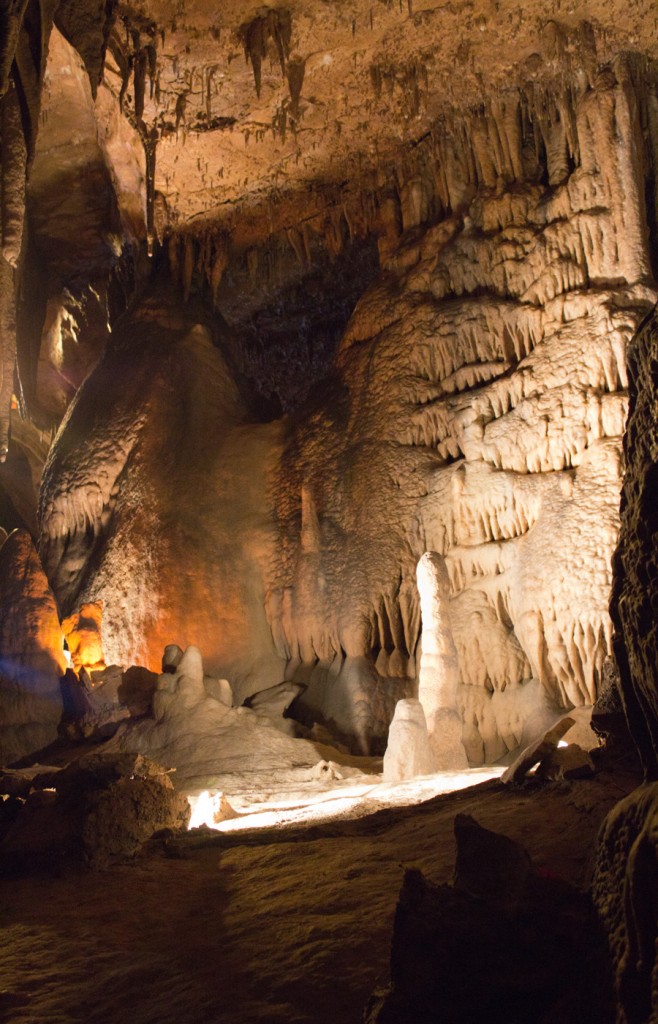 I know these are not the best pictures, but I didn’t want to use my flash, and I wasn’t allowed to bring a tripod or monopod.  Holding a camera steady with a long shutter speed is rather difficult.