Anyone who knows me, knows I love cheese.  When a recipe calls for cheese, I don't measure, I dump it in by the handful.  The cheesier the better is the way I see it. (My boys disagree.) Legend has it that thousands of years ago, an Arabian trader was crossing a rough, mountainous section of Asia....
Read more
Adventure, Business, Children, Family, Featured, Food, History, Life, Time, Travel, WisconsinJuly 28, 2012NanetteNo comments Permalink
At the tippy top Northwest corner of Illinois, lies a town named Scales Mound, and driving the back roads of Scales Mound you will come to a place named Council Hill Station. Council Hill Station came into existence when the railroad came through in 1854 and a Train Depot/Station was built.  Back in the day, it...
Read more
Adventure, Business, Children, Family, Featured, Food, Friends, History, Illinois, Life, Simple Life, Time, TravelJuly 23, 2012Nanette3 comments Permalink
Everyone knows I am a map freak.  I will sit for hours studying a map as I try to decide where I will go next. In a small town in Western Tennessee lives a man who far surpasses me.  Murray Hudson, a life long resident of Halls, Tennessee owns  murray hudson Antiquarian Books, Maps, Prints...
Read more
Adventure, Business, Featured, History, Life, Love, Tennessee, TravelJuly 17, 2012NanetteNo comments Permalink

December 16, 1811, the mighty Mississippi was changed.  The strongest earthquake in American history happened around 2 a.m., and I was told it rang the church bells in Boston.  When this earthquake happened in New Madrid, Missouri, it created 12-foot wide cracks in the earth and in one place, the earth dropped down twenty feet. The tree-tops were now even with the surrounding land. 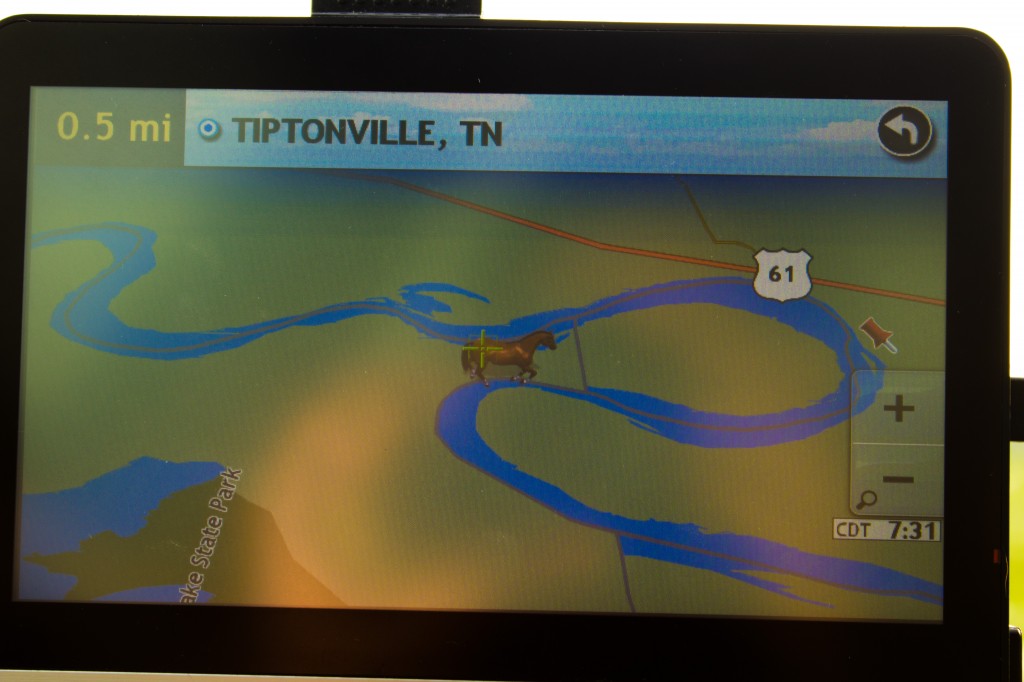 My horse is pointed toward New Madrid. We rode the levee all around this area.

With a mountain of aftershocks striking everyday, the residents of the area fled to the country, believing they would be safer with a distance between them and the river.  On January 23 , 1812 another earthquake struck, and was just as violent as the first.  The earth was in a continual agitation, and the river had waves like the sea. 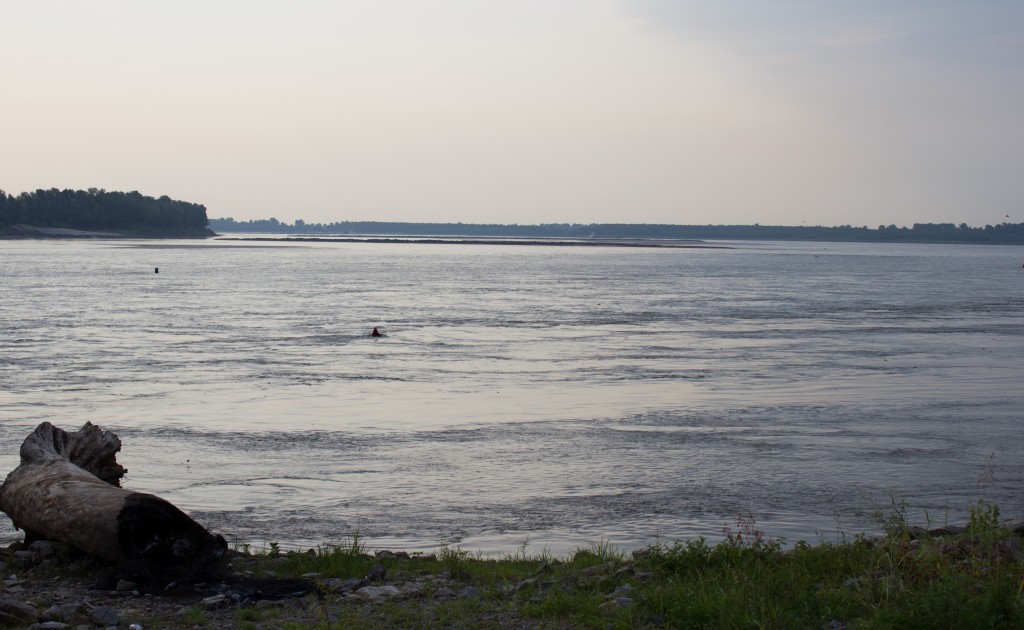 A much calmer morning.

On February 7, 1812, at 4:00 a.m. the final quake struck.   The Mississippi River started to recede from the banks and rose up like a mountain, leaving boats on the bare mud.  The captains of said boats took this opportunity to abandoned ship and escape their demise.

With the cracking, crunching and movement of the land, the Mississippi River started to flow backwards and did so for 10-24 hours.  An elderly fisherman I spoke with at breakfast, told me a steamboat captain, who was going down the Mississippi River had to hold on to his hat as he rode the wave back up the river.

With the river now flowing backwards, the water had to go somewhere and over the banks it went.  Just to the East of the Mississippi River sets a little town named Tiptonville, in Tennessee.  This little town is now the proud owner of an 18-thousand-acre lake, and the home of Reelfoot Lake State Park.

The best places you will find are on the atlas following the red line!