The last three deployments that I have been on, I’ve had with Angela Carona.  We have become great friends and spend a lot of “free” time together.  Her husband, Mike, was deployed to the Greeley office after Angela, and over time, he has gotten use to my,  as he calls it, “rough around the edges” way.  I say what I think and I speak my mind.  People don’t seem to like that, I really don’t care.

My adventurous soul decided to go see Mt. Rushmore on my one-day-a-week off, Sunday. Google told me it was roughly 5.5 hours away.  Doable.  I look-up camping in the Wyoming State Parks and I picked a park on the East side of the state, Guernsey State Park.  We would camp for the night, get up early the next morning, drive to a dive diner for breakfast, then head across to Mt. Rushmore.  Easy enough, right?

My vehicle is loaded and at 5:30 p.m. on Saturday, we leave work and head out.  We knew it was supposed to rain after mid-night where we would be camping, but no big deal, I’ve been through worse.  We arrived at the park right at 8:00, set up our tents, ate dinner and went to bed. 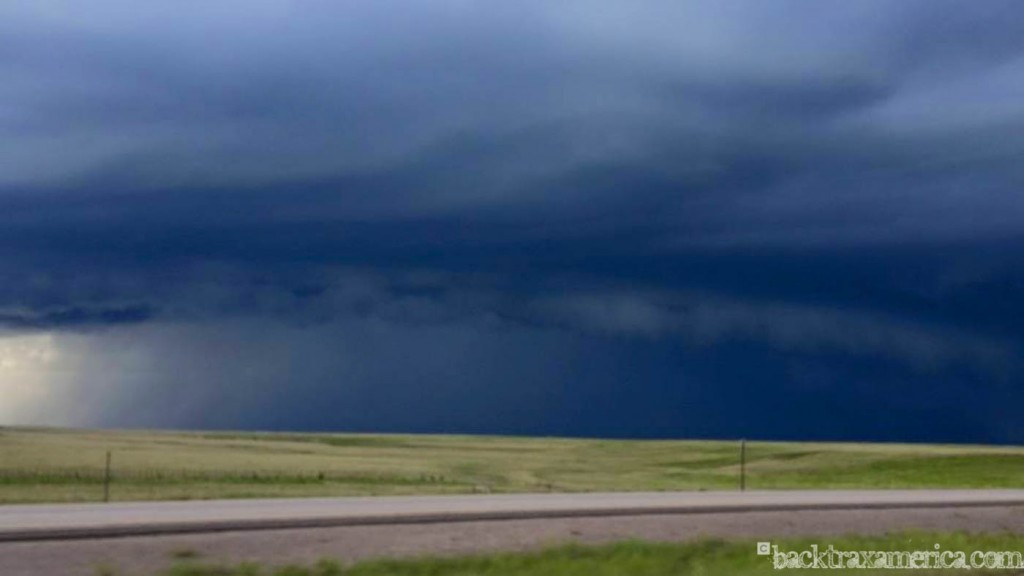 12:05 a.m., a crack of lightning hits and I wake up.  My fly was on, but I had both “exits” open for more air flow.  Then the monsoon downpour hits.  No big deal, I was staying dry.  I roll over and my arm finds a lake of water in my little tent.  Lake Michigan had found its way into my tent.  I get the exits closed off, dry up the lake, try to dry my down sleeping bag as good as I could, then I laid there watching the light show and the hurricane force winds knock my tent around. 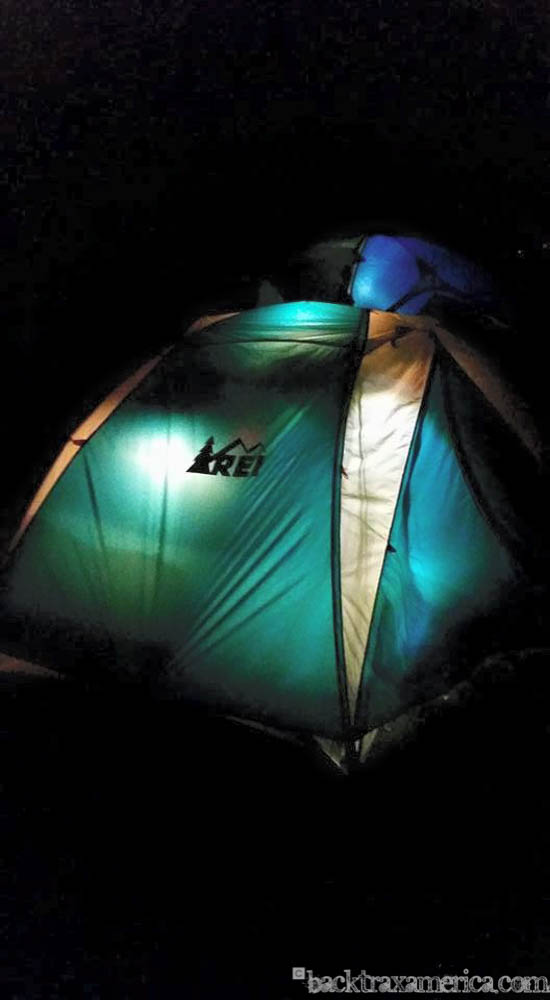 The Biolite Nano Grid lights I strung up in my tent are swinging violently back and forth, hitting the sides of the tent.  The winds are so strong, I am watching my tent fold almost in half.   I did not stake my tent down, we were only going to be there a few hours.  I did NOT stake my tent down.  The only thing keeping me from ending up in Kansas was my body weight.

The night ended far more quickly than I liked and it was time to mosey on.  Angela and Mike were up, we broke camp and loaded all of our rain-soaked gear back in my vehicle and headed out.

Lusk, Wyoming was the next town on our adventure north.  The bridge we needed to cross was no longer there, road closed.  As we drove around trying to find our way out, we noticed mud on the roads and grass and debris covering cars on the street.  Angela Googled Lusk, WY, there had been a flood 3 days earlier that washed out the bridge and flooded homes and businesses. 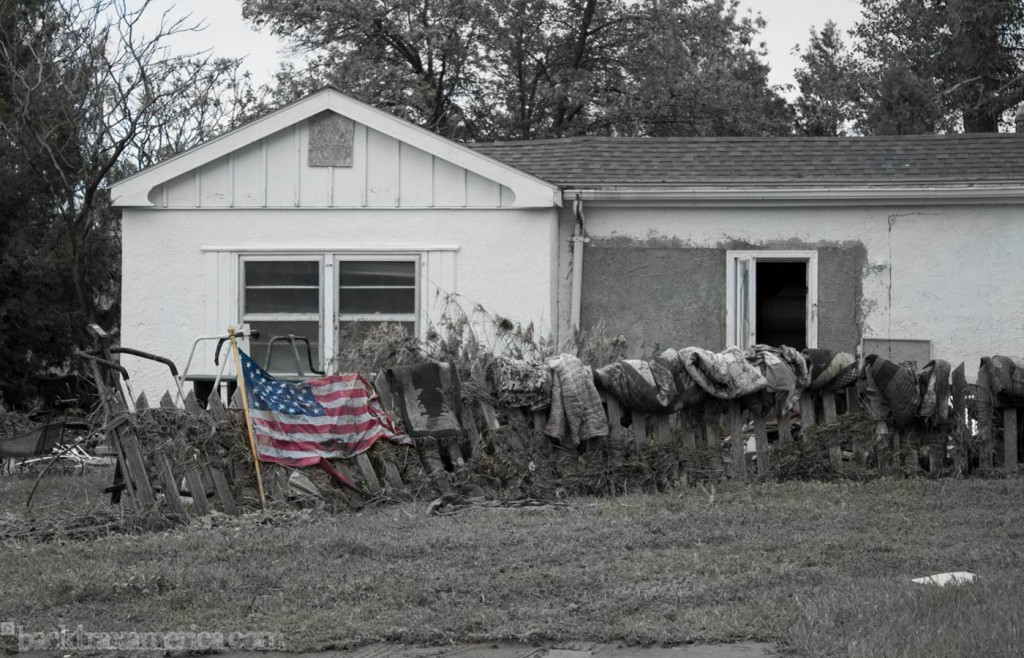 Leaving Lusk, we continued north on Hwy 85 when I came to a flashing sign advising the road was closed and it was a $750.00 fine if you continued.  Challenge accepted.  I wanted to get to Newcastle, WY, so we could have breakfast at the dive diner I had found.  The road wasn’t closed, I believe the flashing sign was to try to keep people out of devastated Lusk. 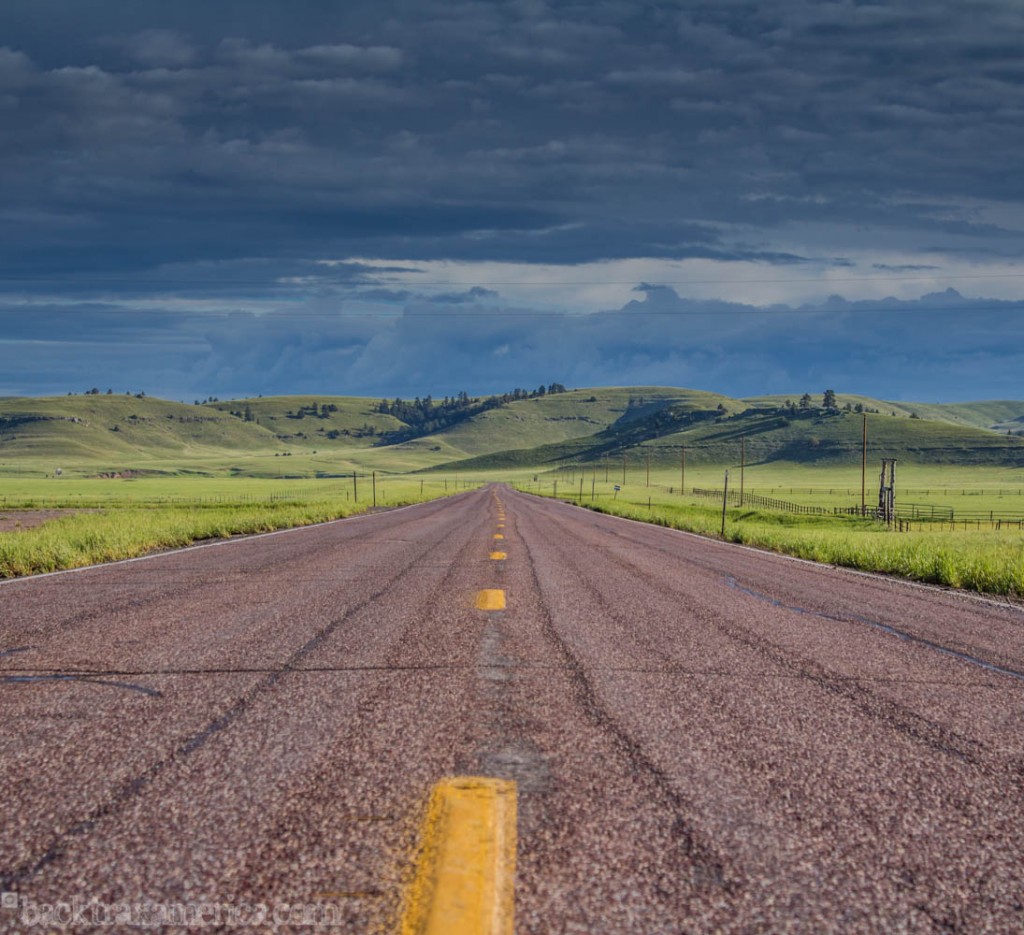 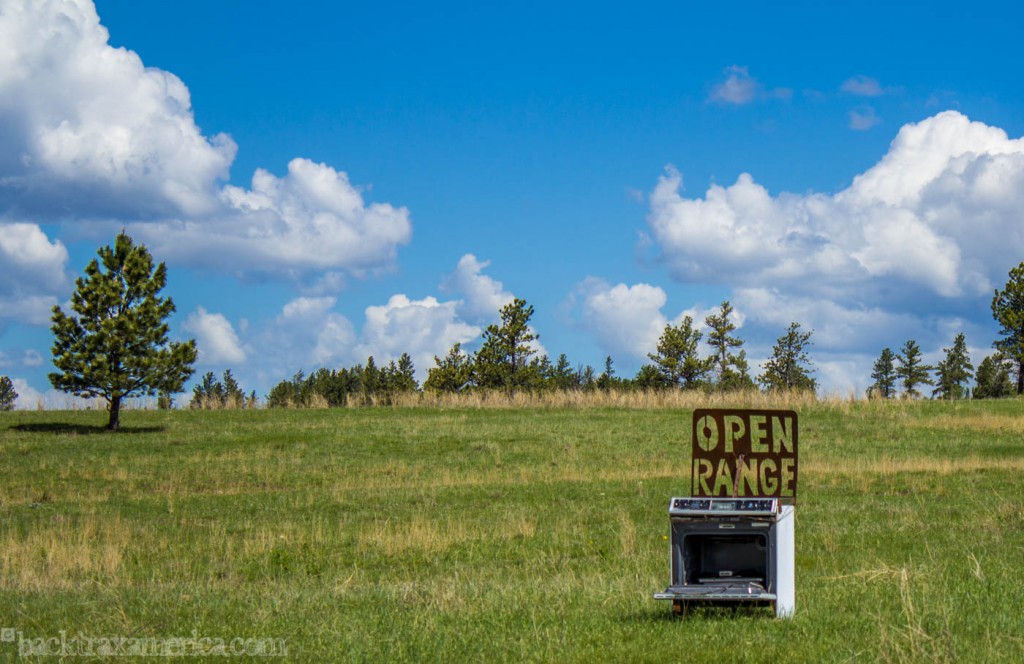 Ahhhh, the tourist trap town of Keystone, SD.  You know how much I love this kind of stuff.  Not at all!  Because the majority of our day has been spent driving and seeing the Black Hills National Forest, we decided to take the express tour of Mt. Rushmore by helicopter.  Driving right past Mt. Rushmore, Angela is snapping photos while I OHHH and AHHHH.  Mike, in the back, shakes his head. 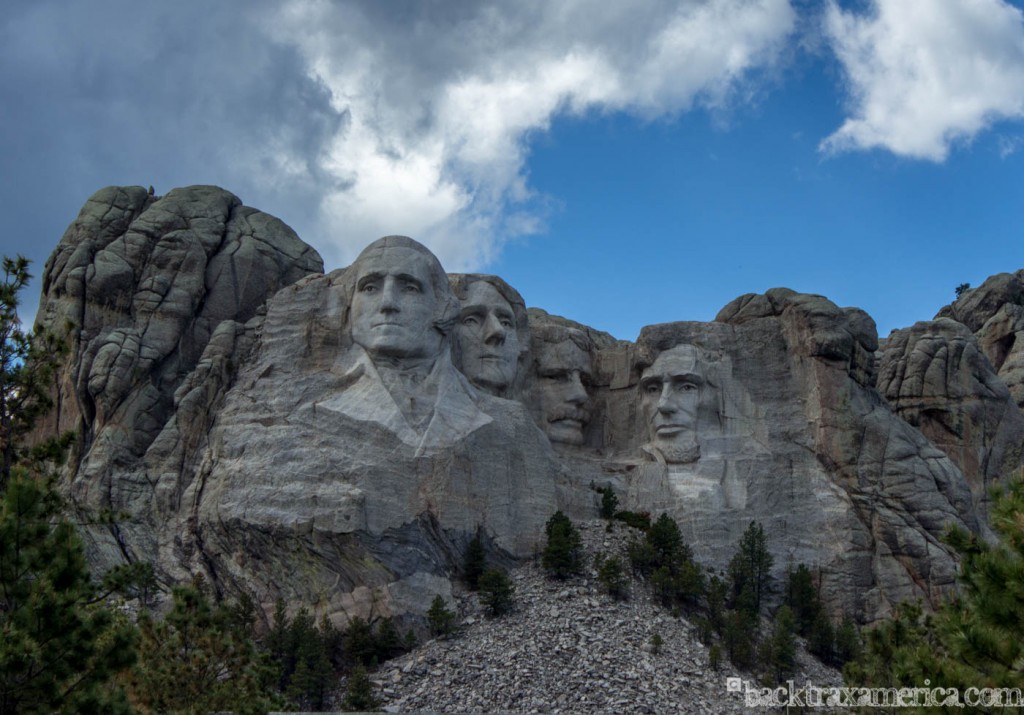 The helicopter ride was worth the money, BUT, Angela and I realized we need to get our Passport books stamped at the gift shop.  Back to Mt. Rushmore we go.  FYI, it cost $11.00 to park at the monument, but the pass is good for a year.  More photos were taken, Passport books stamped, obligatory souvenirs purchased and we were out of there. 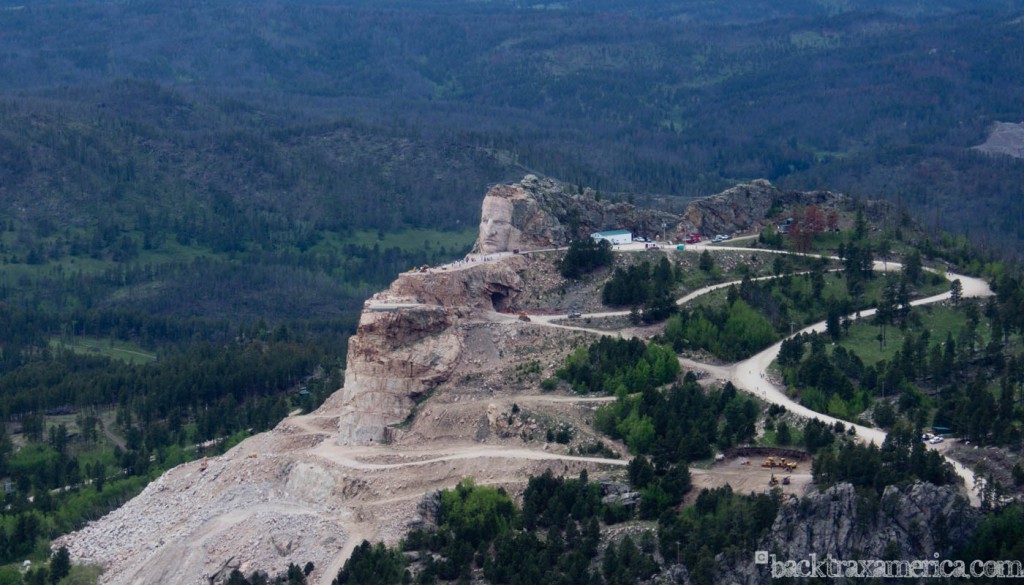 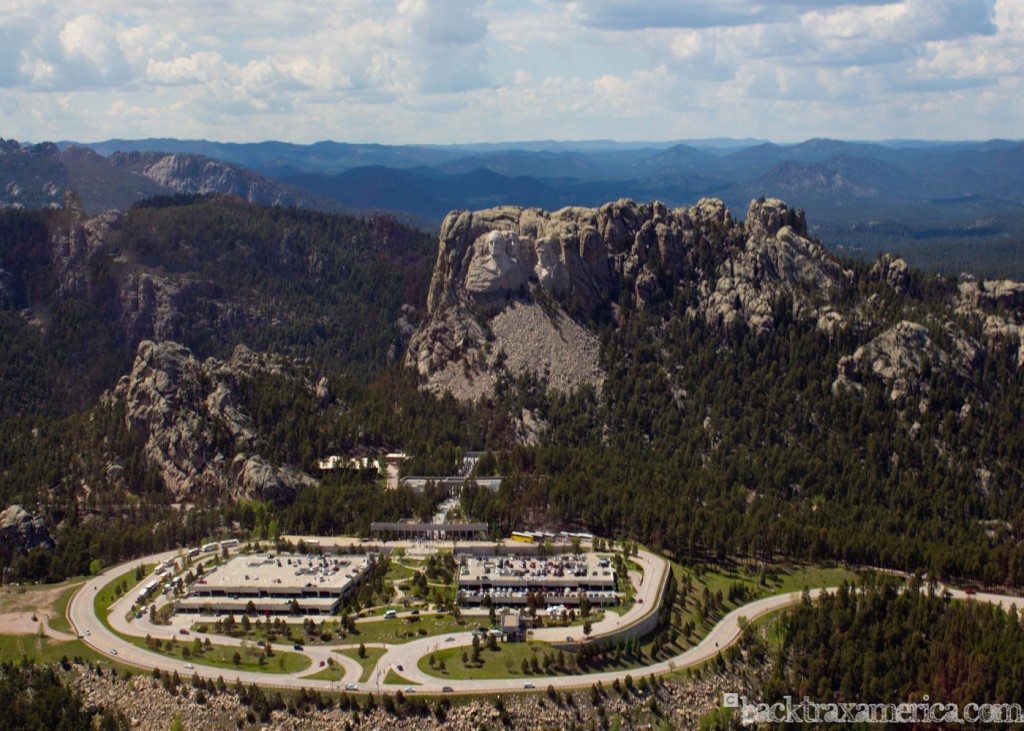 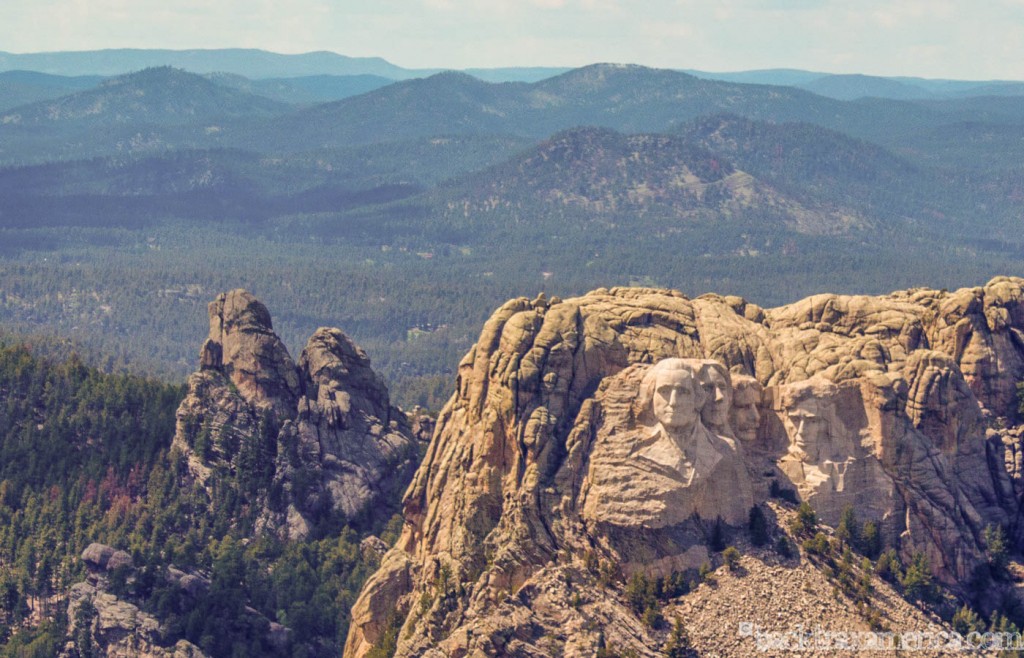 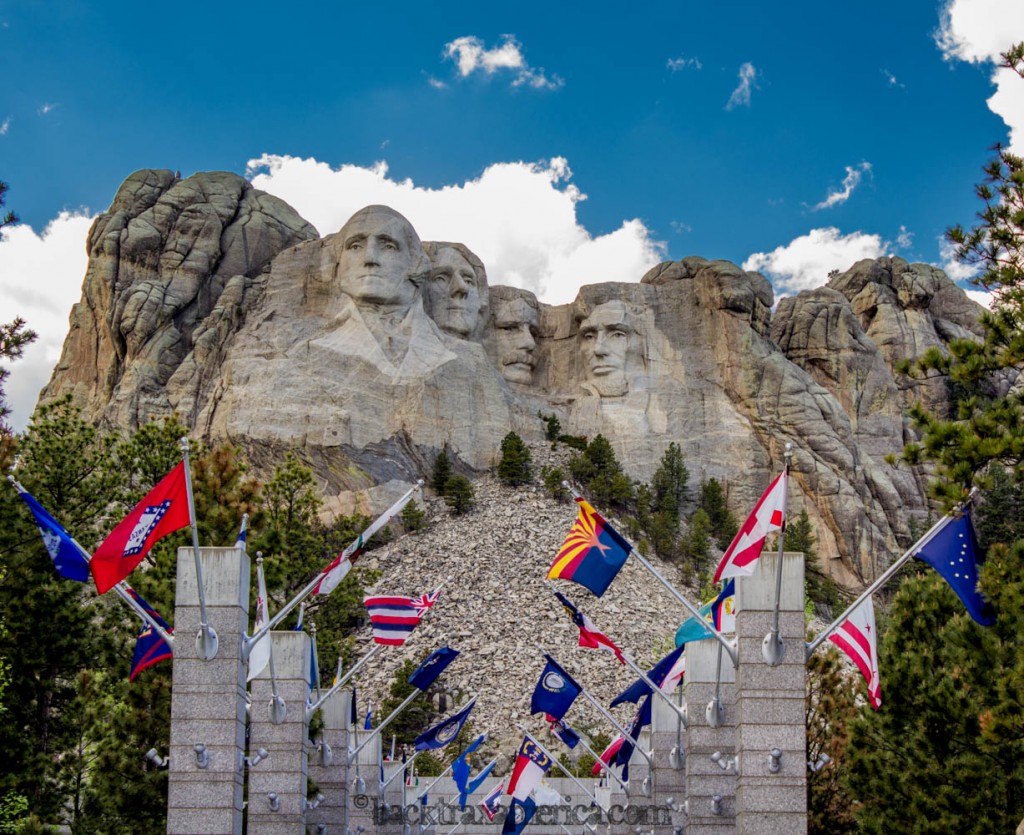 There is so much more to explore in South Dakota and Wyoming, it will take a year of 22.5 hour trips to see it all.