I got on Hwy 281 in Lampasas, Texas and headed north to a town named Mineral Wells.

In 1877, James Lynch, his wife, Armanda, nine children and fifty head of livestock left Denison, Texas for drier land.  Mr. and Mrs. Lynch were 50 years old and suffered from rheumatism.  Mr. Lynch bought 80 acres of land in a valley tucked in the hills of Palo Pinto County, and paid the grand price of $240.00

For the first three years of living on their land, the Lynch’s had to make a four mile trek, each day, to the Brazos River to get water.  That was four miles EACH WAY.  Along comes Johnny Adams, a well digger.  Mr. Adams agreed to dig a well for the Lynch family in exchange for a yoke of oxen.  After the well was dug, the Lynch’s were hesitant to drink the funny tasting water and they were afraid it would poison them.  They had a choice of continuing to do the 8 mile round-trip each day for water or start drinking their own.  Their well water won. 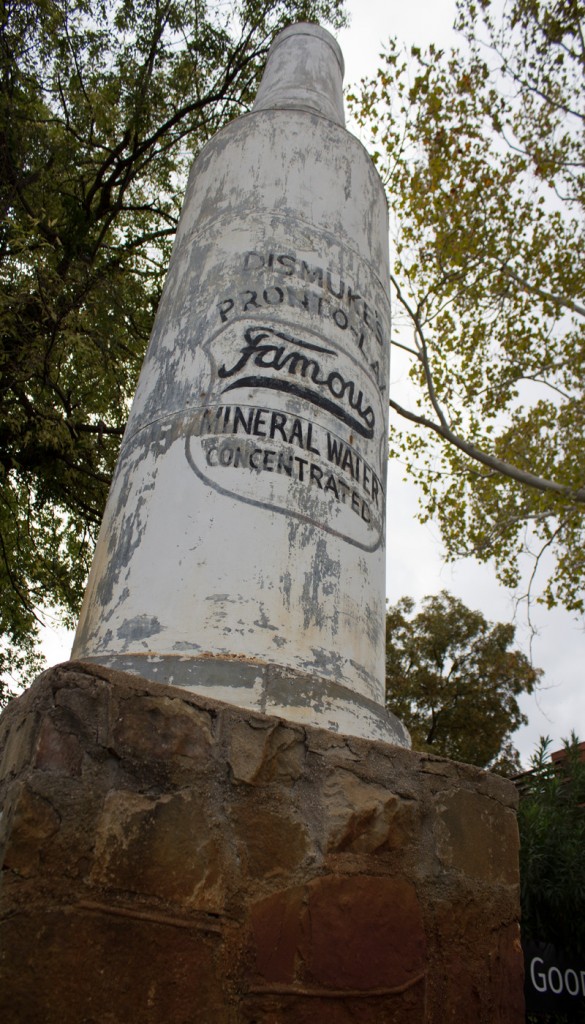 Soon after they started drinking their water, something strange started to happen.  The rheumatism that afflicted Mr. and Mrs. Lynch went away, and Mr. Lynch, once a frail and gaunt man, began putting on some weight.  Soon the entire family began to feel better. 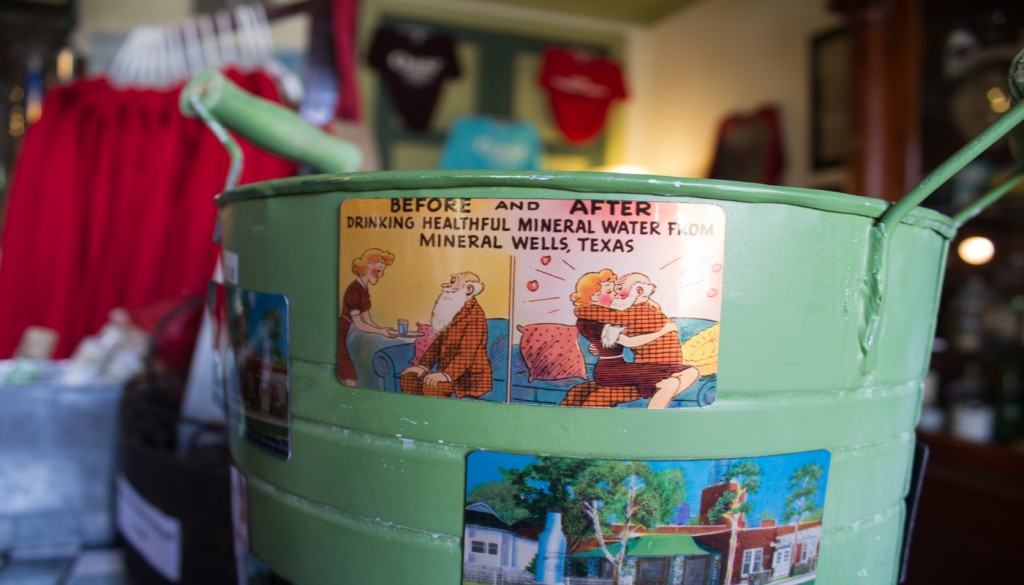 The news spread fast about their renewed health, and the neighbors began trying the water.  Mr. Lynch began selling the water for five cents a quart. The waters popularity grew quickly and in the first year 3,000 people at a time were camping on the Lynch family land.

Two years after the waters healing properties were discovered, 125 wells had been drilled and salve, soap and crystals were being produced. 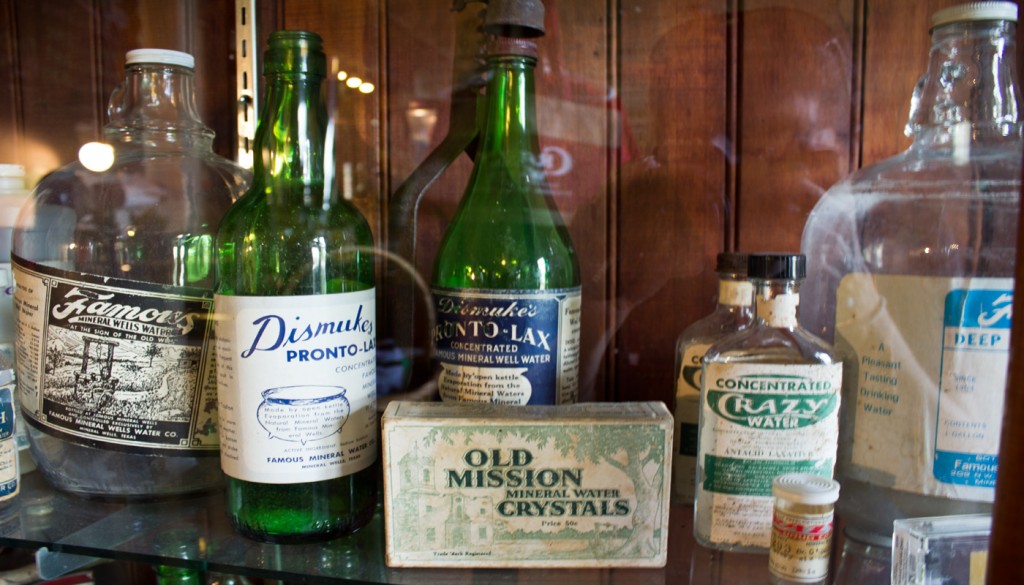 Did you notice the “Pronto-Lax?”

The most famous water from Mineral Wells is the Crazy Water.  In 1881, “Uncle” Billy Wiggins dug his well which was located at the site of the Crazy Water Retirement Hotel.  The well got its name from an elderly lady who suffered from a form of dementia. She sat next to the well every day asking people to draw her up a pail of water.  The water had some positive effects on the “crazy lady’s” illness, and soon others were lining up for the water.  The well was known as the “Crazy Lady Well,” but was changed to the “Crazy Well.” 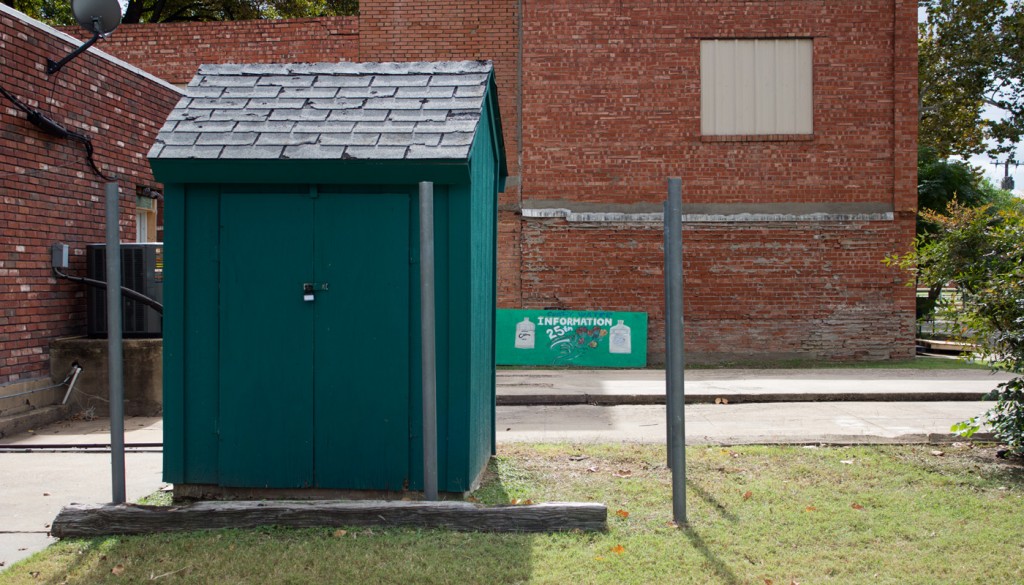 There are four different “strengths” of the Crazy Water, labeled Number 1, the mildest strength, to Number 4, the strongest of the Crazy Water.  There is a significant amount of lithium in some of the towns wells and the waters medicinal agents are primarily calcium, magnesium and sulfate, thus having the power to relieve or cure dyspepsia, neuralgia, sore eyes, paralysis, insomnia, liver and kidney problems, rheumatism, scrofula, and improprieties of the blood. 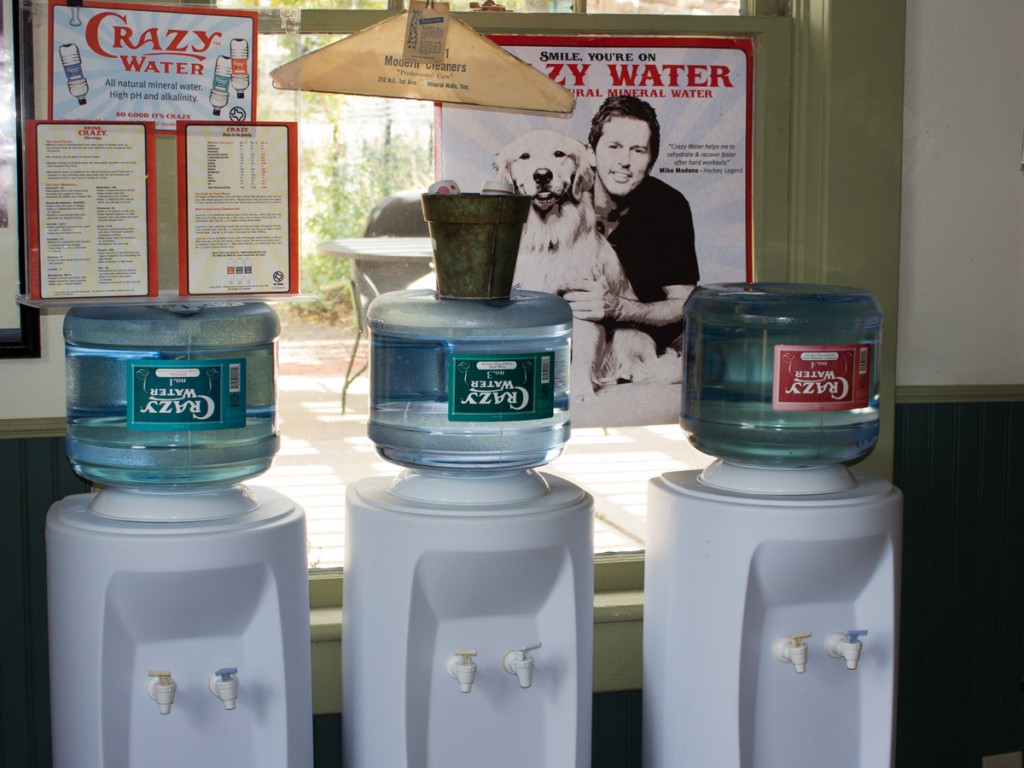 While I was talking and sampling the “Number 4” water (go big or go home, right?) a lady came in and asked for help with her jugs.  In front of the building was her parked car filled with empty glass jugs.  She told me Crazy Water Number 4 was the only water she drinks and her health has never been better.  She drinks a gallon a day. 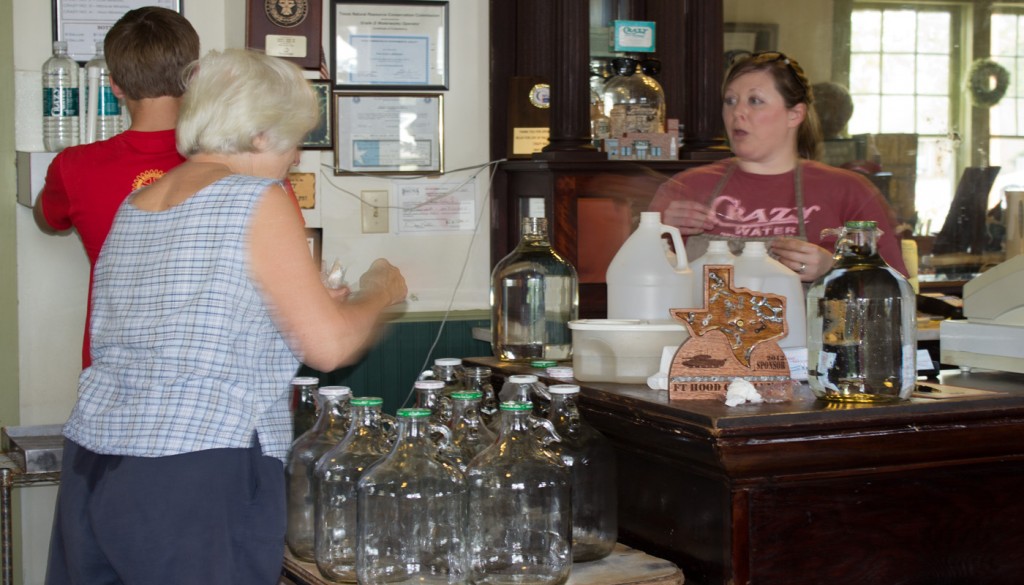 I was also told (while sipping on my third glass of the Number 4) to go slow on the Number 4 water because it has ummm, lets say natural properties that make things run through your body quickly. It is something you have to work your way up to.  This brought to mind the toilet scene from Dumb and Dumber and I was vewy vewy afawyed. 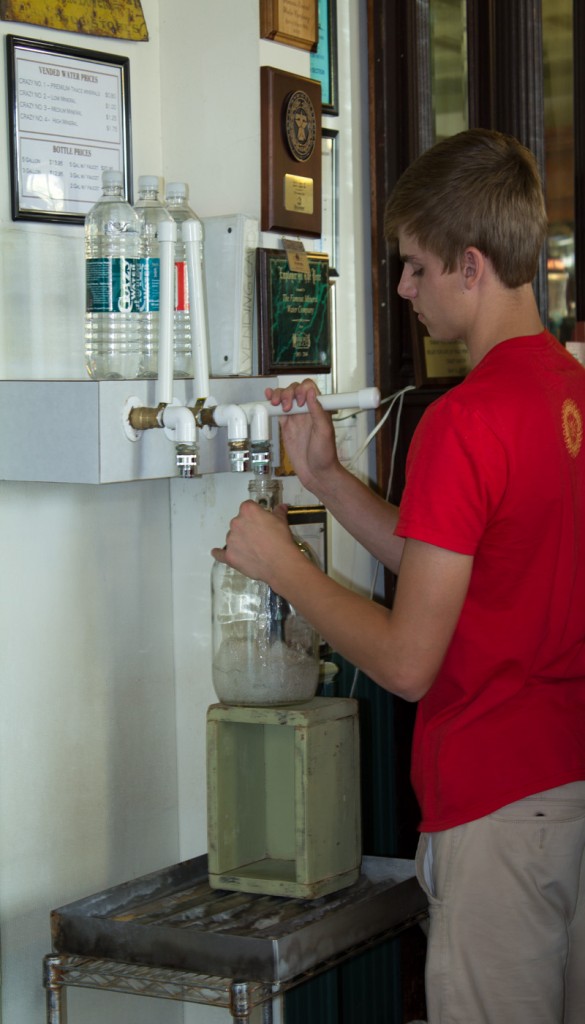 I bought a couple of gallons of the Number 4  and said my “goodbyes.”  As I drove around the small town I kept seeing an old building towering over the town, and after a little digging, I found out it was…