We all want to be accepted. As children, there are different groups or clicks that are everywhere and some of them we want to be a part of. There is the popular group, this consists of the cheerleaders and jocks. The geeks are the brainiacs, the super smart ones that end up being the class presidents, or they go on to create the dot com era. There are the pot heads and these kids are always at their car between classes smoking weed. 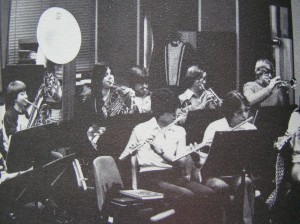 There are the band geeks of which I was one; I played the flute and that was a fun time in my life. What about the mean girls club, or guys for that matter. They hung out together, and were avoided like the plague. I never understood people like that.

And then there was me, I danced to the beat of a different drum. I was friends with all of these people; I didn’t hang with just one group. I even made friends with the mean girls just to keep from getting my scrawny butt kicked. I was a cheerleader

but, it wasn’t my thing. I played the flute from the third grade on up and hung with the band geeks. I even had a boyfriend once that was a pot head. (No, I wasn’t.) I hung out with the jocks because I was extremely athletic and into sports.

I am not the kind of person that will do something just to be liked. When I lived in Germany, stylish clothes were hard to find. You could always tell the new American kids by their clothes. They were new and stylish. I have never been a stylish person. Fashion is not my thing. If the tops and bottoms are not right together on the rack, in other words a “Granimal” I won’t buy it. When I lived in Germany and went to Hahn High School my fashion was a pair of overalls, 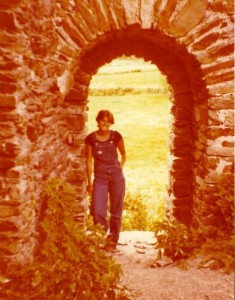 earth shoes, a wife beater and an oversized top. 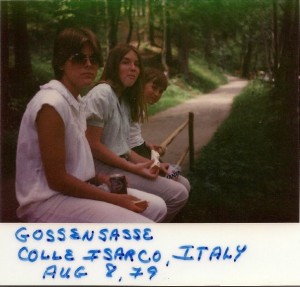 Or a pair of hip hugger/bell bottom jeans and the rest the same. I didn’t even wear make up. I didn’t care. When we moved back to the states and I went to an American High School, Jefferson Davis High, I was shocked by how the girls dressed. They wore skirts, Polo button-down shirts; a sweater tied around their shoulders, penny loafers, knee high argyle socks and an add-a-bead necklace. Remember add-a-beads? They even curled their hair and wore make-up! UGH! Too much for me. I wore my high top converse tennis shoes, hip huggers and a wife beater covered up by an over-sized shirt. I never wore a bra nor did I own one until I moved to Alabama and one of my friends Rob, asked me why I didn’t wear a bra. I stated quite simply that I didn’t need one. He informed me that “girls down south wear bras.” I went home and told my mom that I needed to get a bra, she asked, “For what?” (My thoughts exactly!) And I told her that girls down south wear bras. Still not a fan of them and I still don’t need one. I have no problem being different and prefer being that way. 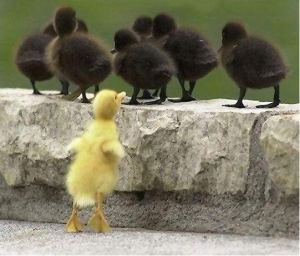 Peer pressure and the “just wanting to fit in” pushes most kids into doing things that they normally would not do. We all have a driving desire to be liked, and unfortunately, this comes to play heavily in our formative years. When we get older, we realize the people we were trying to emulate really weren’t “all that”. I truly wish more kids in their early teens would dare to be different. Life is a lot better when we are who we are meant to be.

I don’t mind standing out in a crowd, and I rather prefer it. I don’t need to be the same as every other lady in the room. I am also one of those people that doesn’t care what you think about  me. I would prefer that you like me but, if you don’t, I will still sleep well at night. I will go shopping or out to dinner wearing workout clothes, hair in a ponytail and no makeup. I am still the same person whether I just left the gym, and I am sweating like a man, or I am all dressed and up going to a ball. If you don’t like me when I am leaving the gym, then I don’t care if you like me when I am all dolled up. That’s just me, I don’t mind being different. 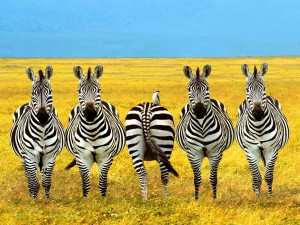 I don’t know when the peer pressure starts or where it comes from, but I wish I could stop it. I wish more kids had the guts to stand up for themselves and be who they are and not who they “think” they should be. I do believe a lot of the childhood depression and suicides would end if kids would just be who they are meant to be and not try to fit in with some crowd. Dare to be different, you will find that you are a pretty cool person by “just being you”!