I found a little campground on the Snake River in Eastern Washington.  When I headed into Clarkston on Hwy 12 to get more provisions, I saw billboards advertising boat tours of Hells Canyon. I had no idea what Hells Canyon was, so I did a little research. 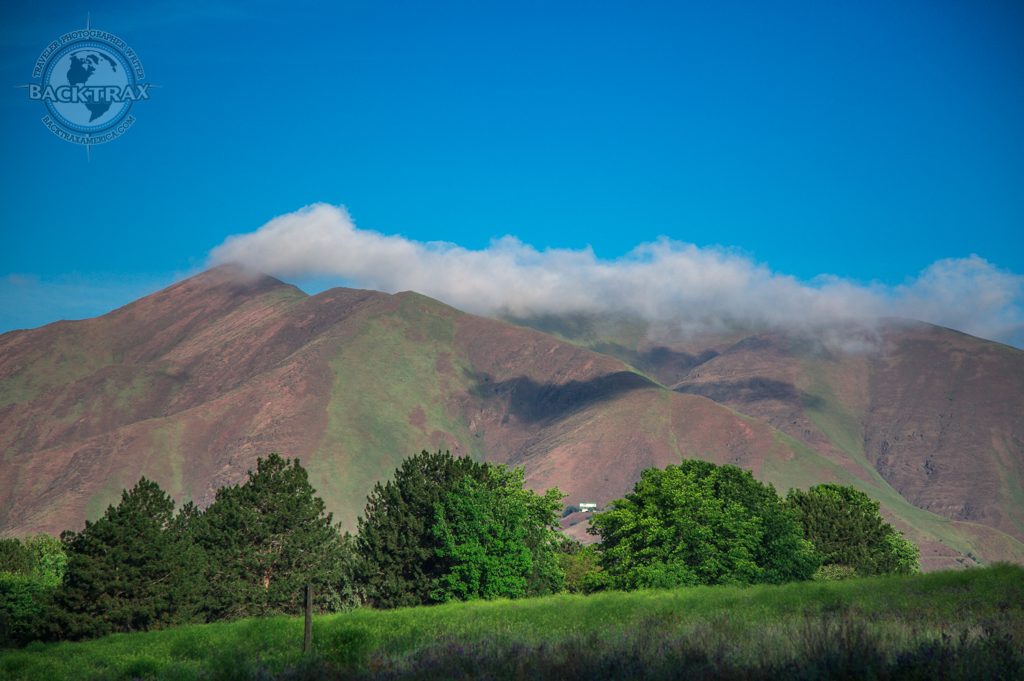 Hells Canyon formed 150 million years ago from underwater volcanoes and tectonic plate movement.   The canyon is 10 miles wide and is deeper than the Grand Canyon.  Yes, deeper than the Grand Canyon.  There are no roads that cross the canyon and only three roads that lead to the Snake River from Hells Canyon dam and the Oregon-Washington boundary. 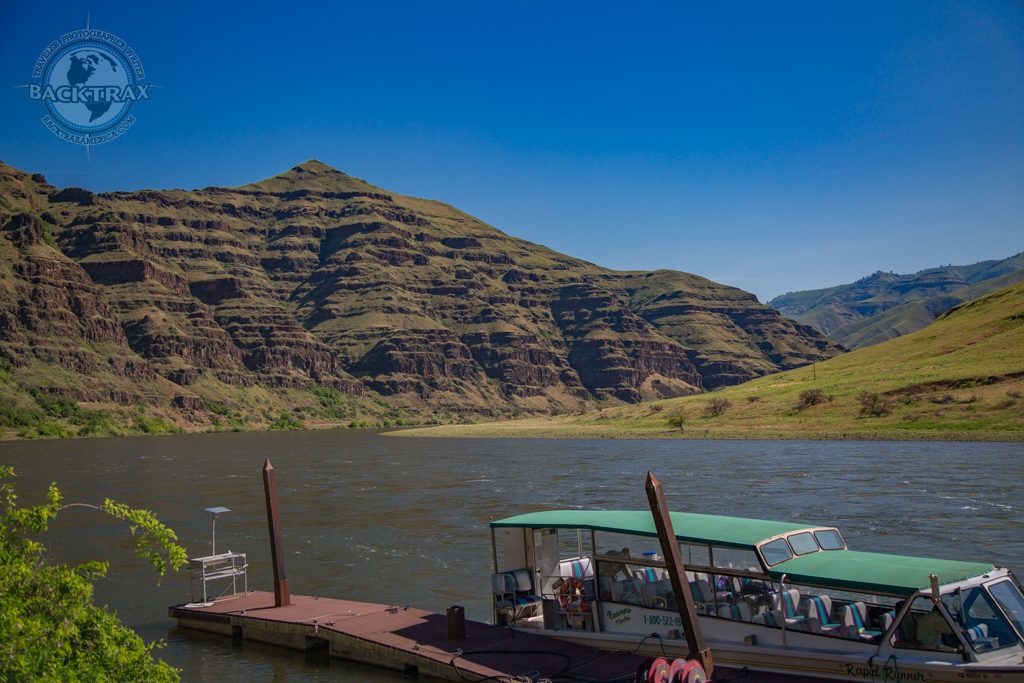 I found Beamers Hells Canyon Tours and booked a seat on the Historic US Mail Tour.  This Mail Tour is on Wednesday’s only, so I had to stay at the campground a few more days. 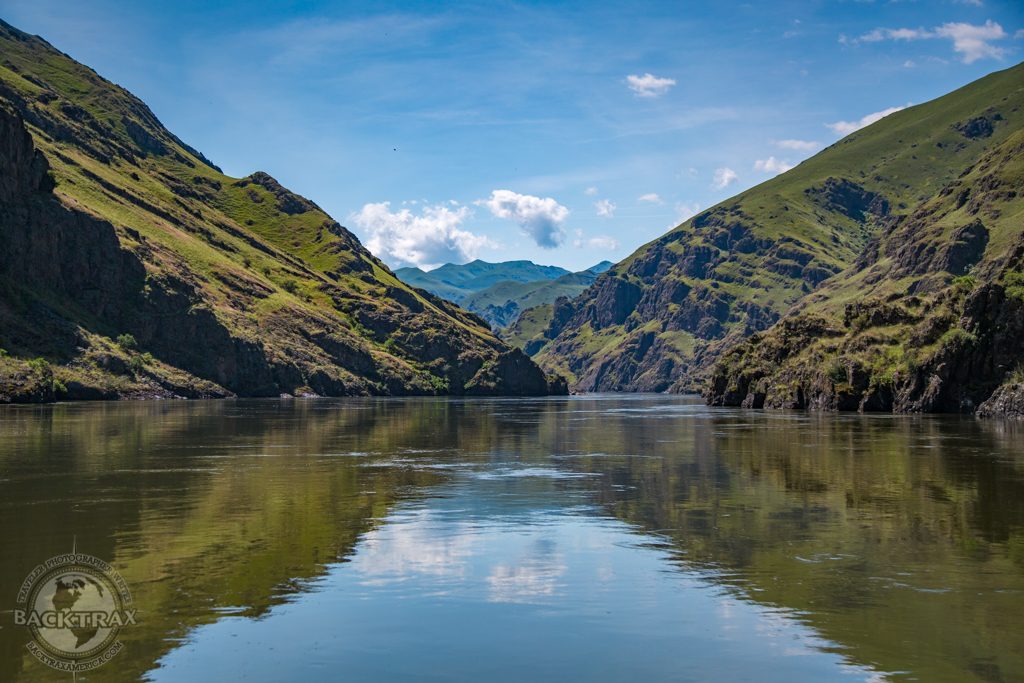 If you look at the photo below, midway, you will see an almost horizontal line.  That is an old Nez Perce Indian trail through the canyon. 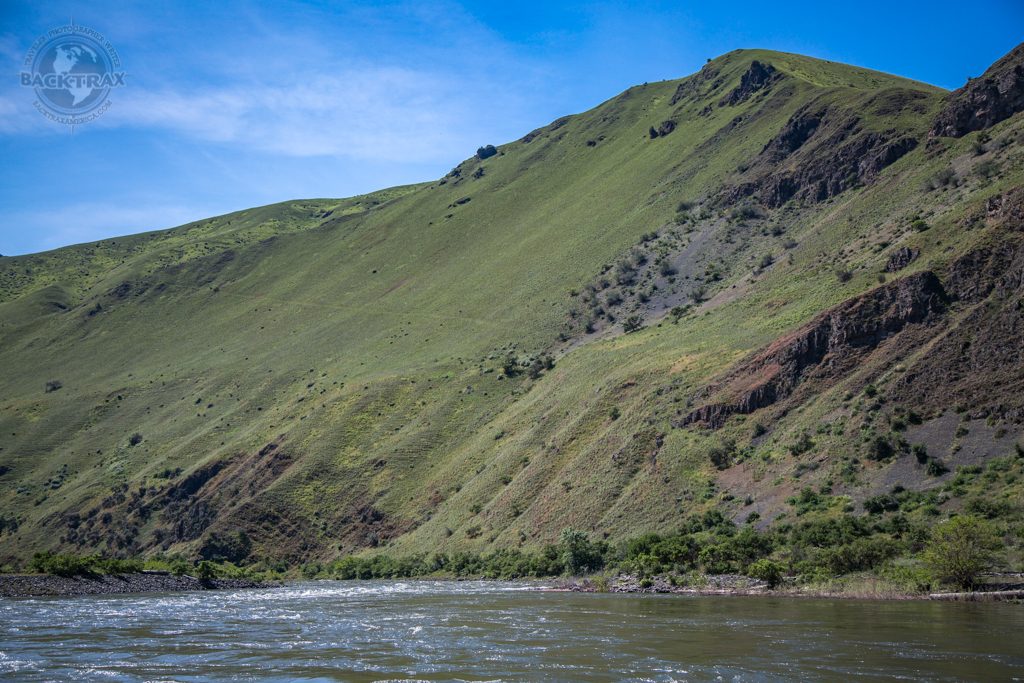 Wednesday arrived.  After a very rough night with little sleep thanks to a Freddy Krueger look-a-like and his followers having an all-night party at the campground, I found a small Java hut that served some of the strongest, hottest coffee  I have ever had.  I located the dock, where several other people were waiting; at 8:00 we were off. 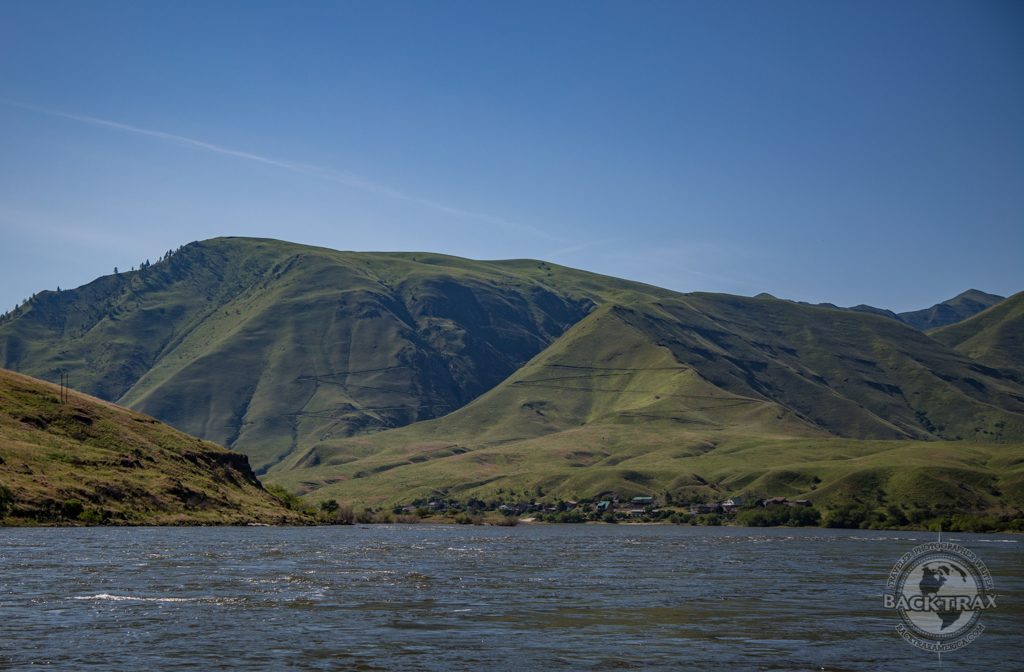 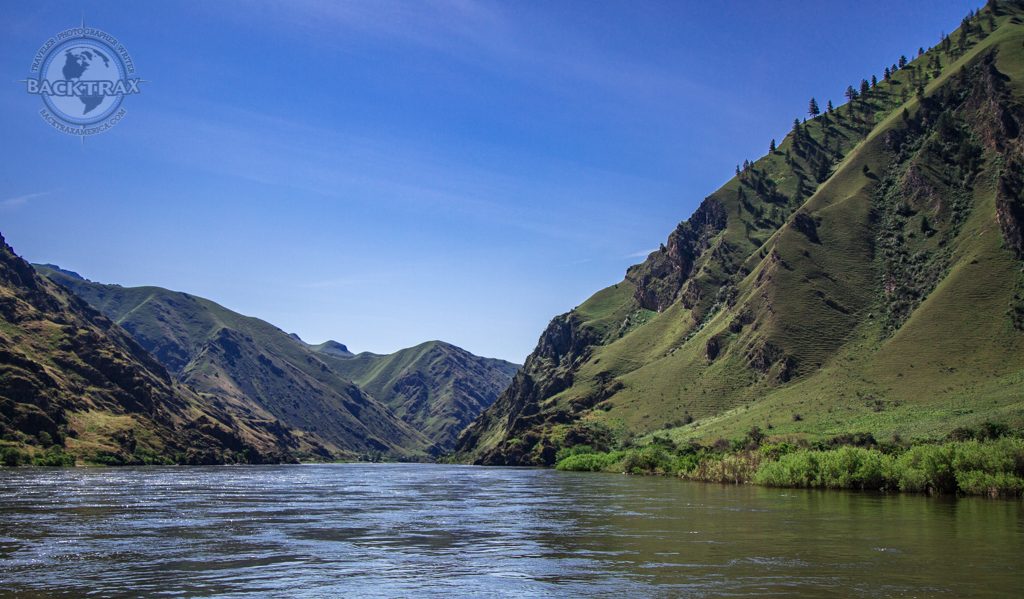 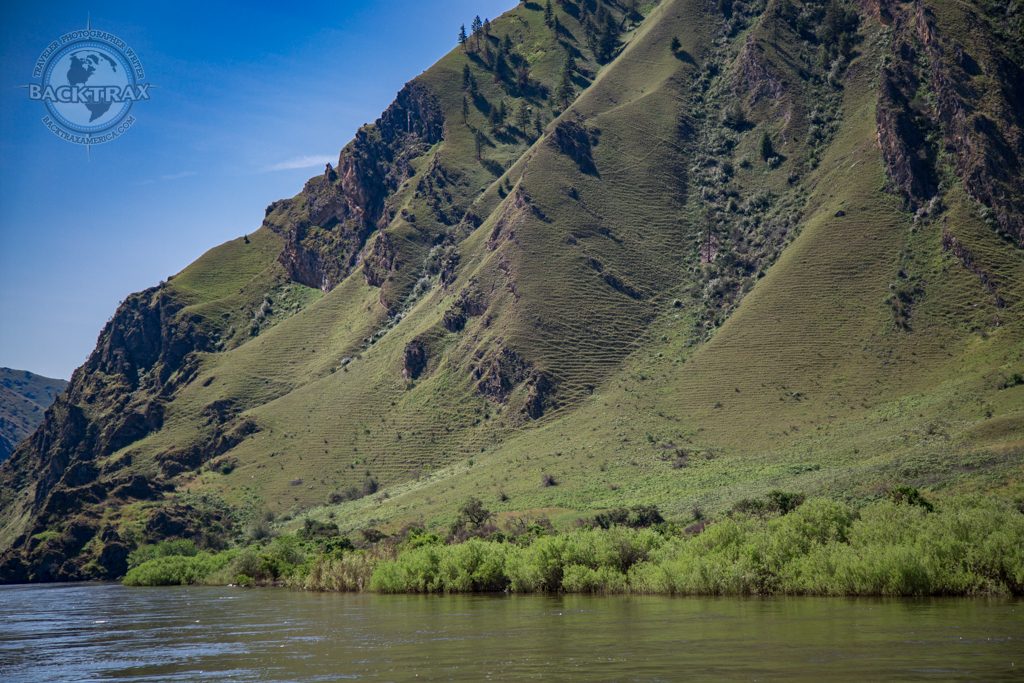 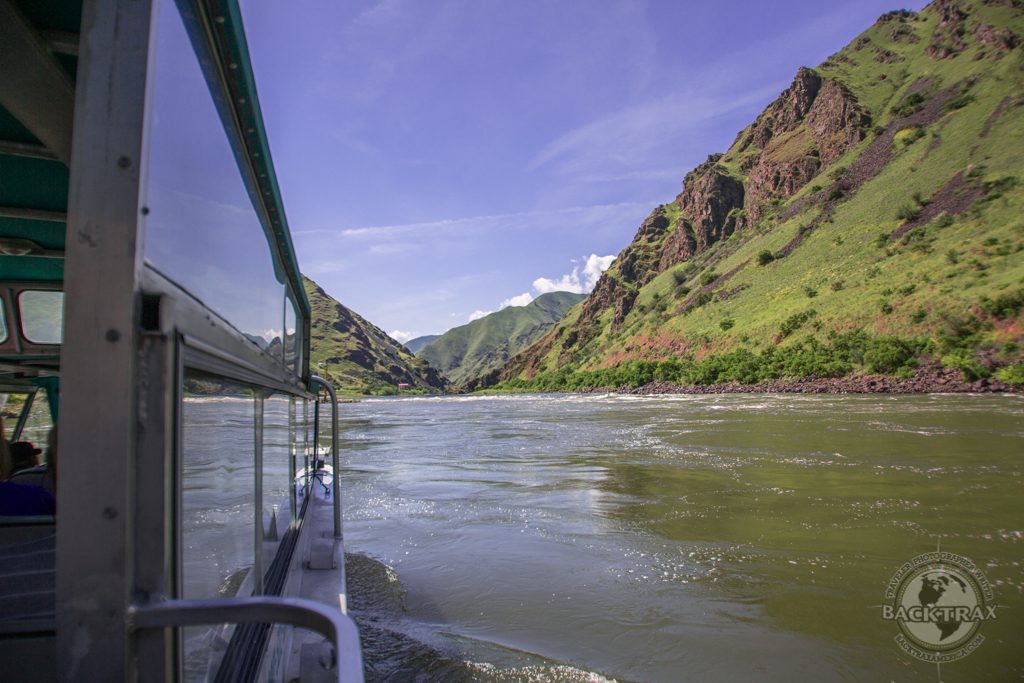 The mail run is just that.  The boat delivers mail once a week to the people who live along the river, mostly ranchers, who met the boat at the river bank to collect their mail and hand off mail that needs to be sent. 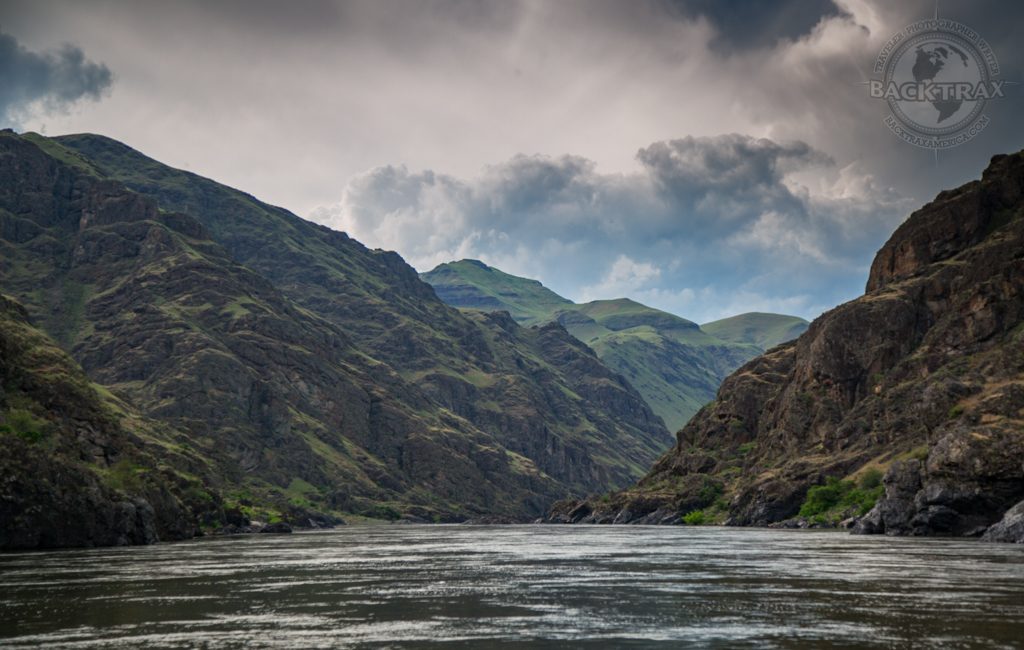 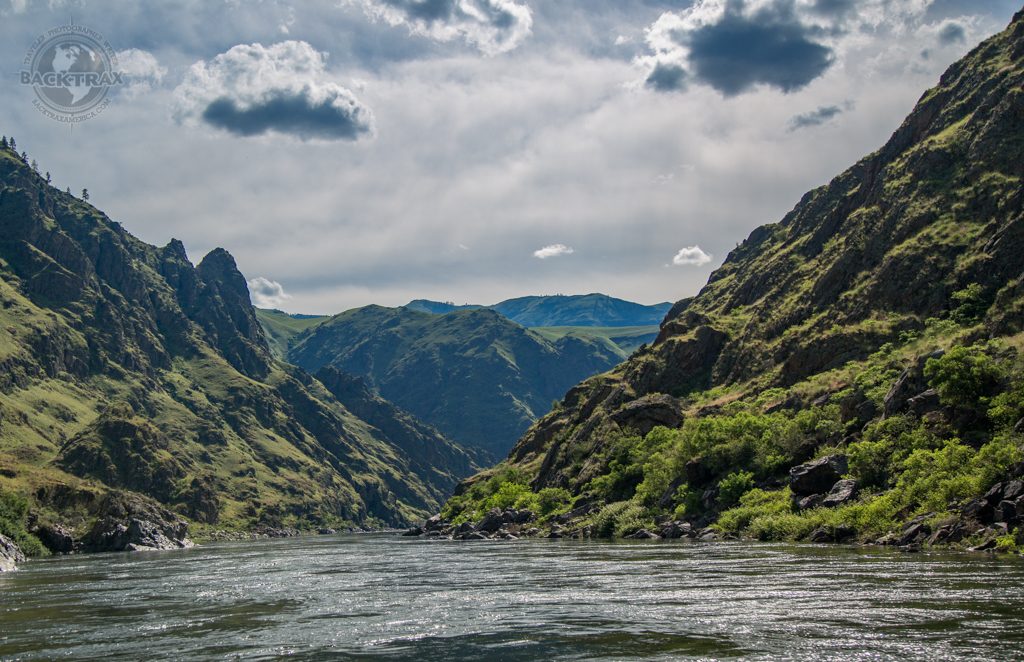 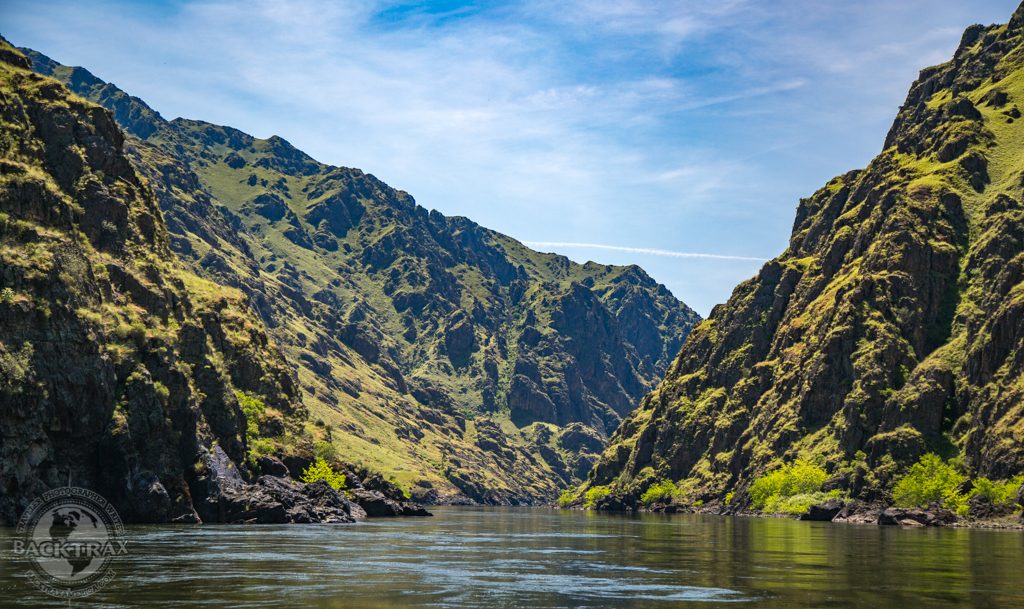 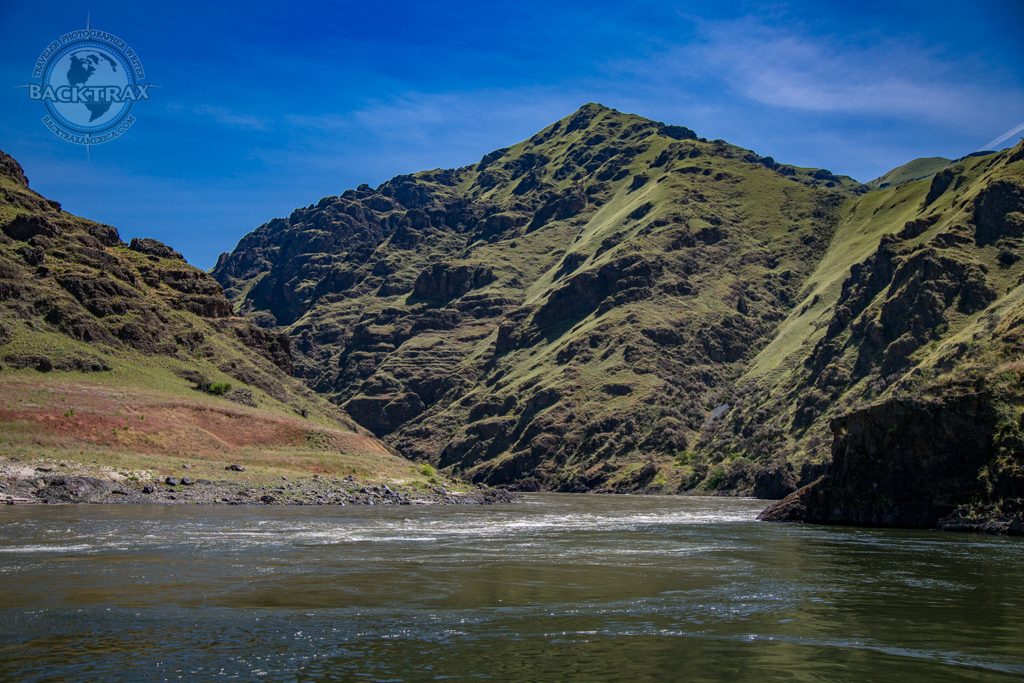 As we were nearing the end of the tour I looked up to my right and noticed the side of the mountain and the honeycomb-shaped rock.  I did more research, but couldn’t find any explanation on the rock shape.  If anyone can explain, let me know! 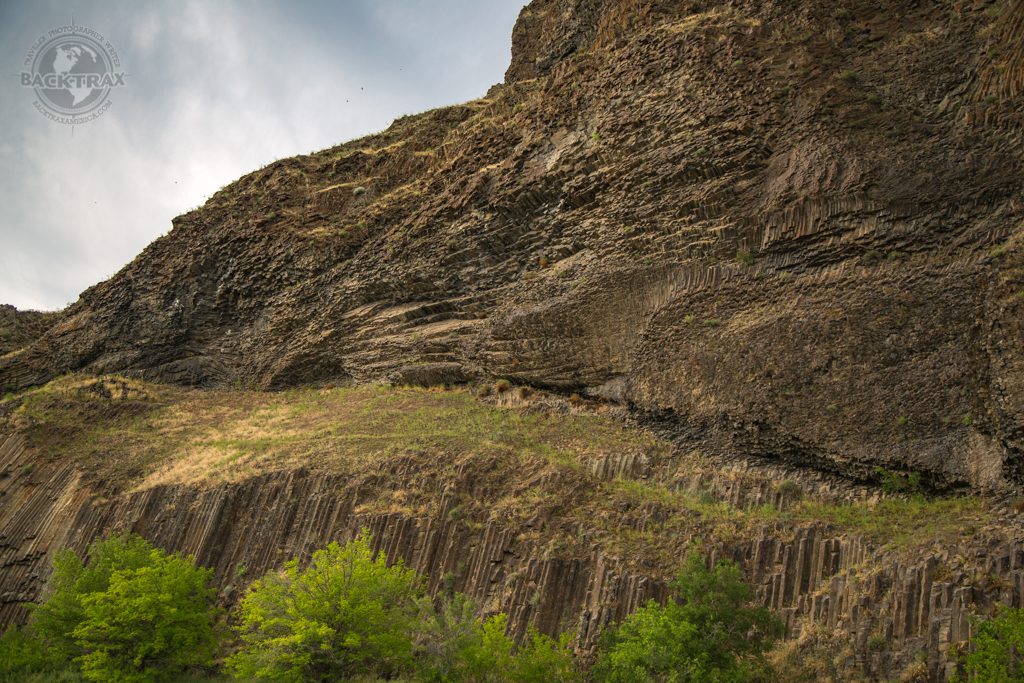 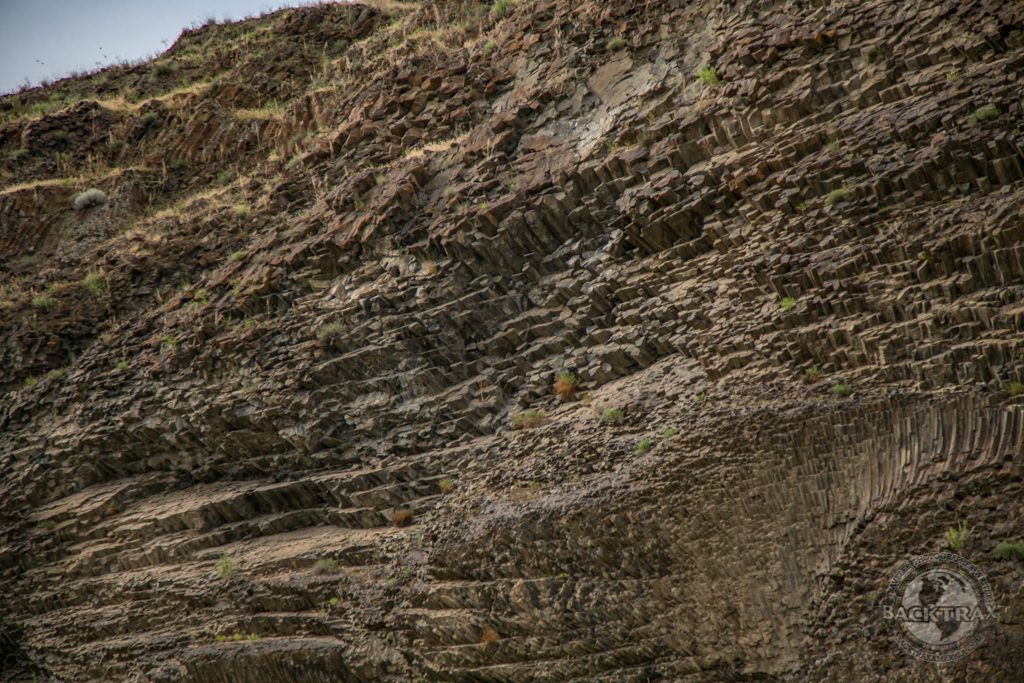 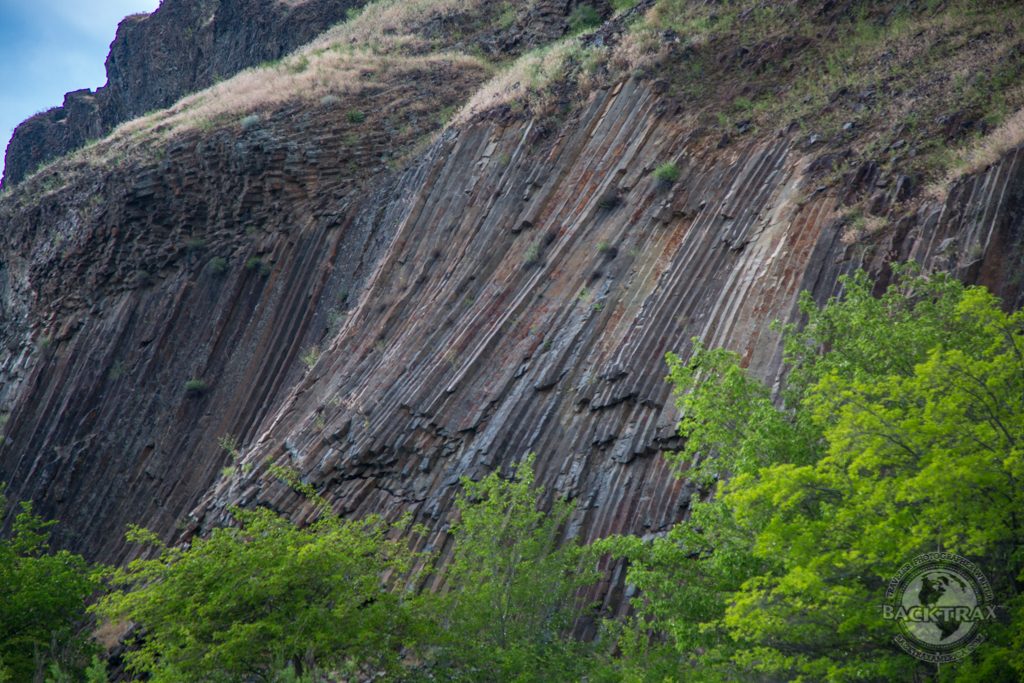 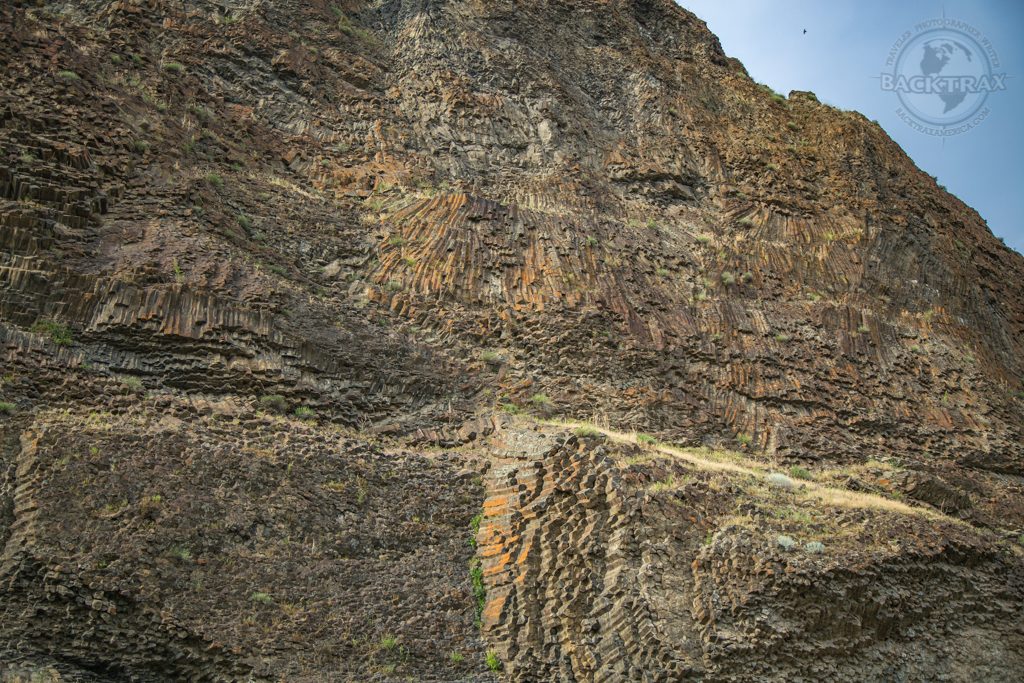 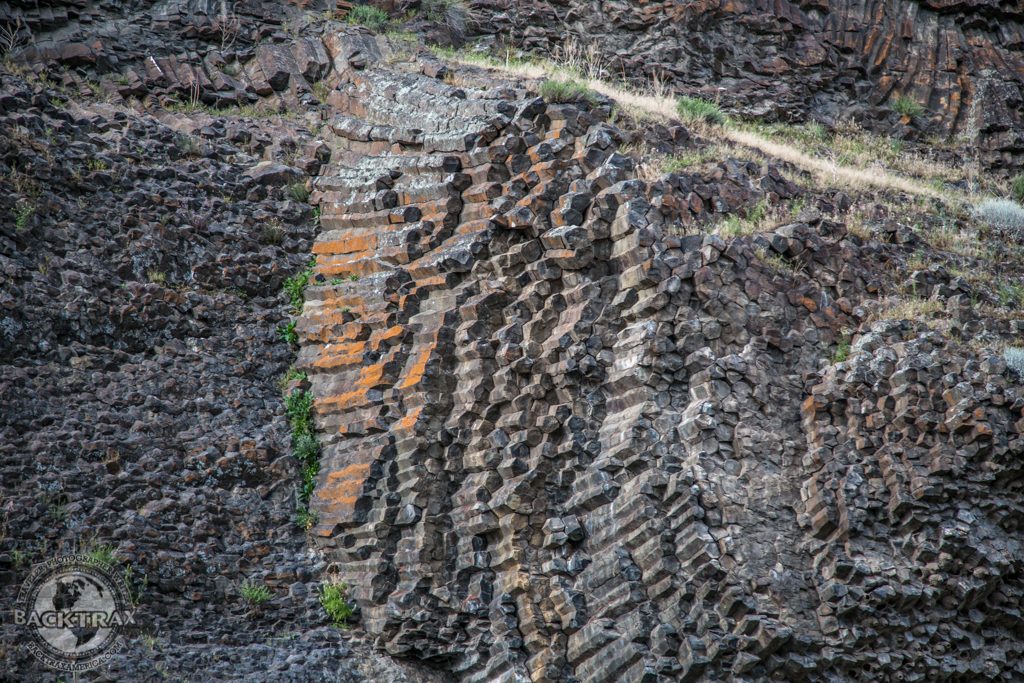 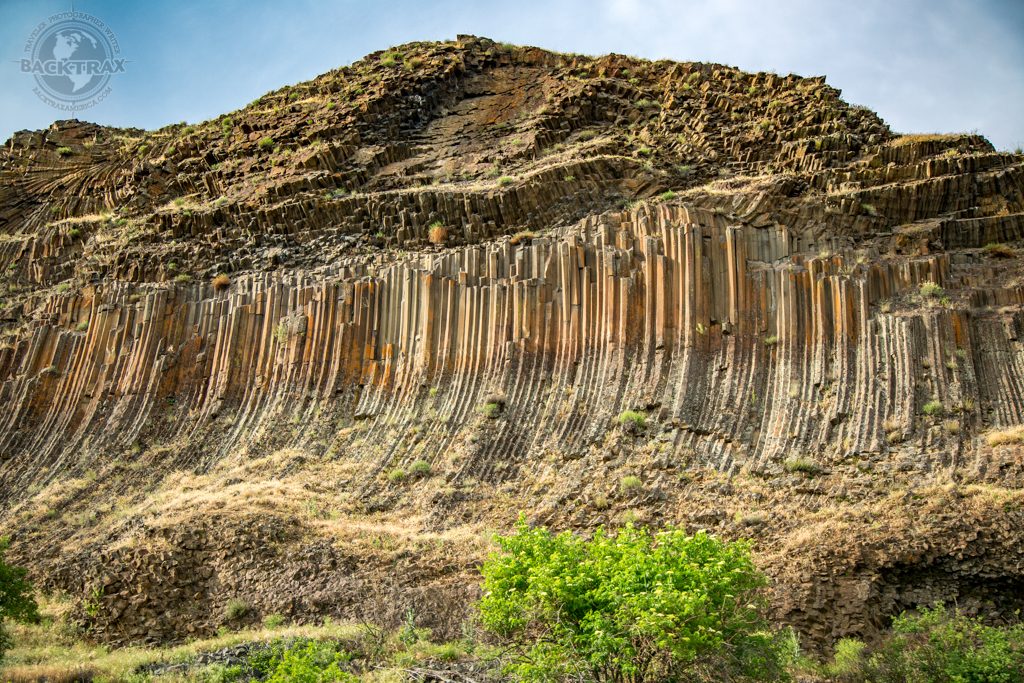 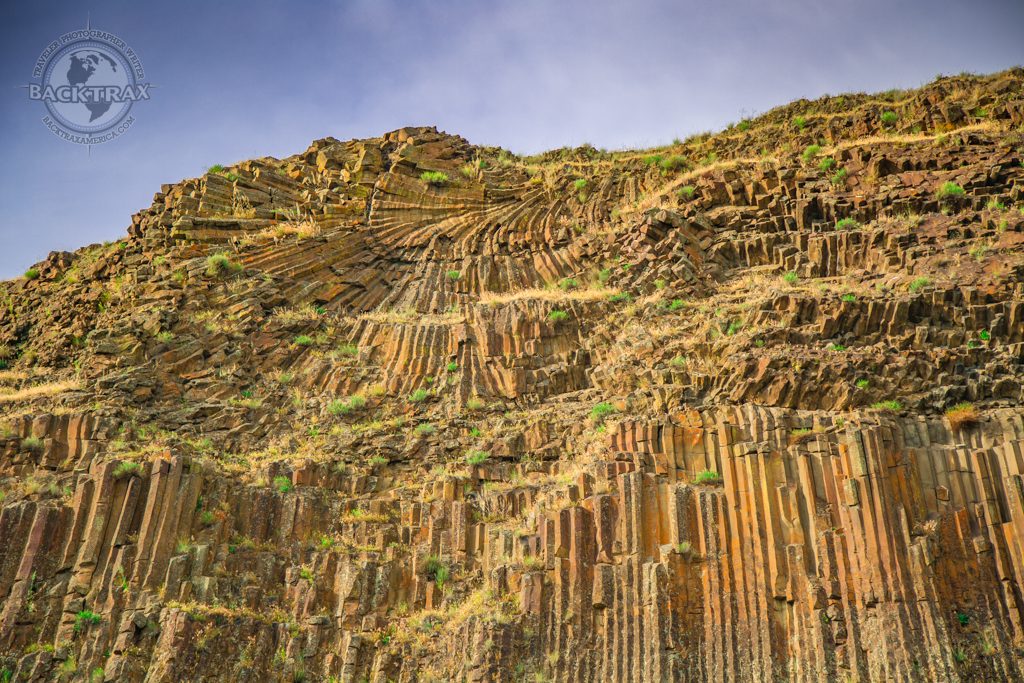 Mr. and Mrs. Patterson from Idaho were two of the passengers aboard, they asked where I was headed next, I said, “Wallowa Lake State Park, in Oregon.” Mrs. Patterson said, “We are going there also!  You need to take Hwy 129, it’s a very beautiful drive.  We will see you when you get there and we’ll have to have lunch.”  Sounds good to me!