Driving down Highway 52, in the rolling hills of Northeastern Iowa, you will come to a town named Bellevue, which happens to sit on the banks of the Mississippi river.  On the outskirts of this little town, high on the bluffs is Bellevue State Park. 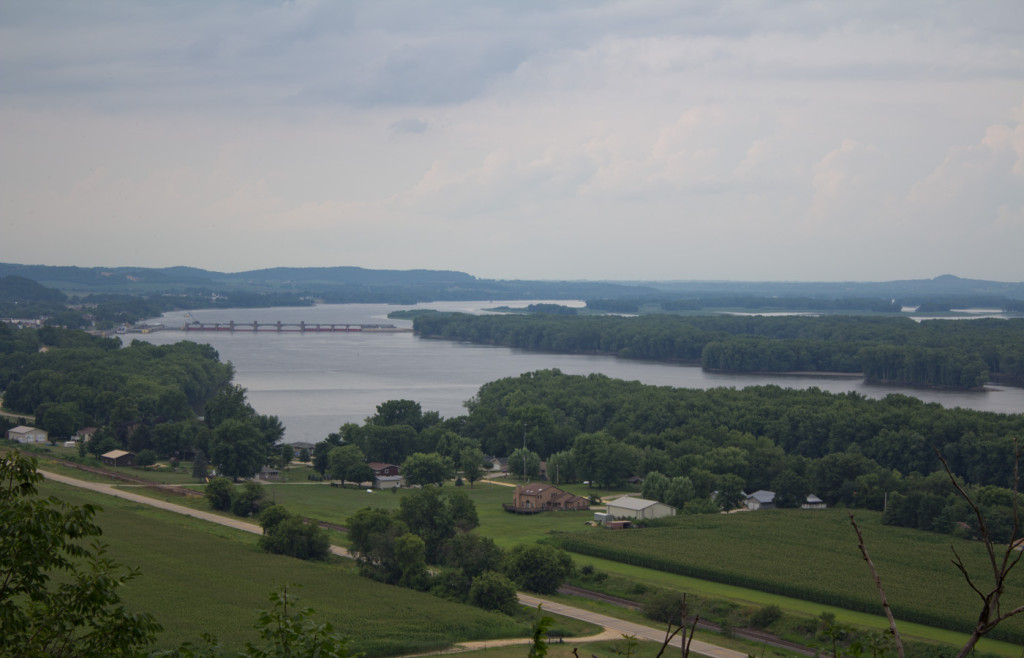 After talking with the campground host and hostess, John and Colleen, I picked our spot, which was right across from theirs, and as I am backing-up my car, I hear that horrible sound of metal scraping metal.  Yup, I just ran into the green metal dumpster.

Trenton and I are getting things set up when John comes over and invites us to eat dinner with them.  T-man is excited because they were grilling deer hot dogs, I was excited because it was about to start raining, AGAIN, and I didn’t want to fight with a fire nor did I want to eat another PB&J.  Camping (RVing) next to John and Colleen were their long-time friends, Joe and Sheree.

As darkness falls, everyone grabs a chair and gathers around the fire that Joe got blazing and two more fellow RV’ers, LouAnn and Gary, walked down to chat for a while. Now, I might not have had anything to share at the table for dinner, but I did have the makings for S’mores! Before the T-man and I headed into Iowa we had to replenish our S’more making stash and I found the JUMBO sized marshmallows. They were HUGE! 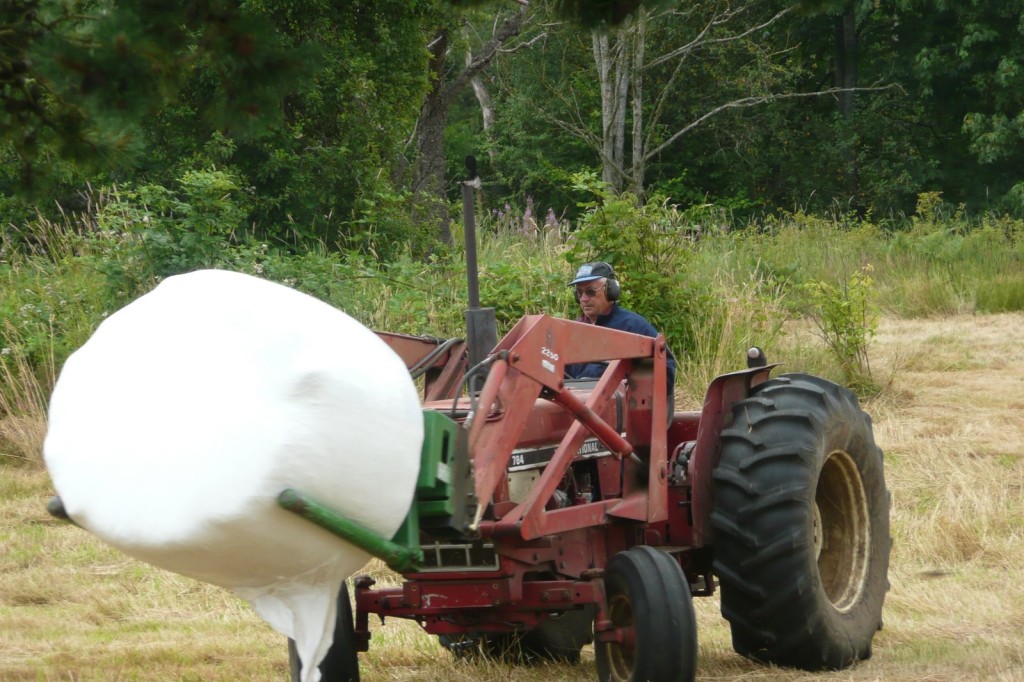 Ok, maybe not THAT big…. 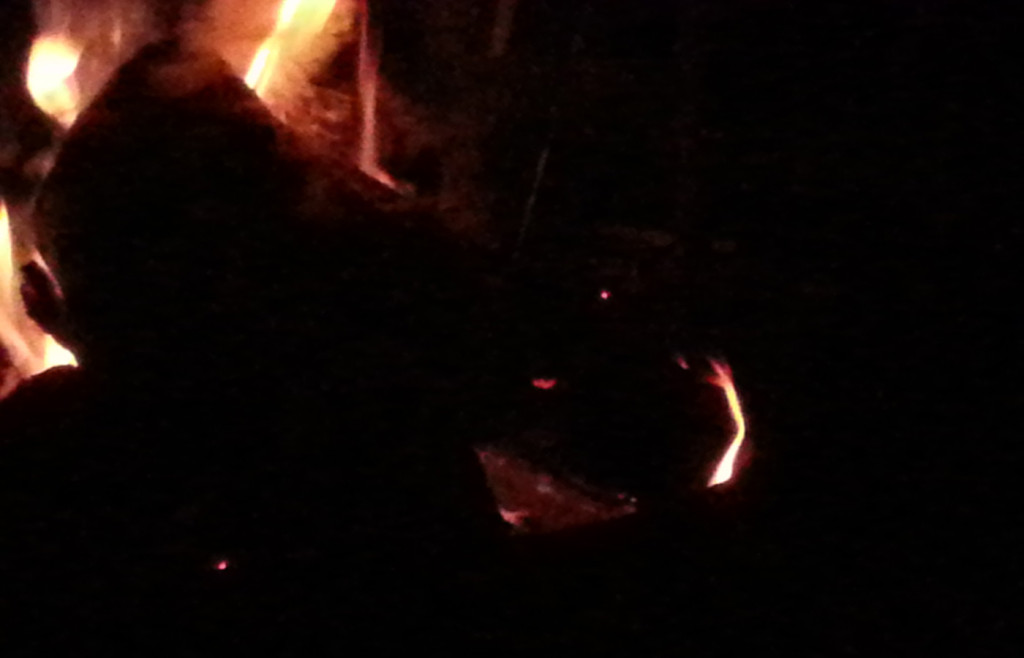 LouAnn and Gary brought down some homemade wine and deer summer sausage for everyone to try.  The T-man was in heaven!  No, not because of the wine, but because of all of the deer foodage.  He is quite the hunter himself.  With LouAnn sitting on one side of me and Trenton on the other, LouAnn asked if Trenton and I would like to join them at church in the morning.  My first thought was, “ummmm, I have camping clothes with me, not church cloths.”  Trenton leans forward and says, “Can we go? Please?!?”  I voice my concern about my clothing to LouAnn and she said, “No problem, wear what you have!”  Alrighty then!  Church it is.  Now, I have been to church in jeans, crocs and a shirt before, but this time the nicest articles of clothing I had with me were, cropped jeans, flip-flops and a Backtrax t shirt.  I really didn’t care, I am who I am.

A few hours after everyone said good-night, my phone was letting me know it was once again time to get up, get the fire going for breakfast, take a much-needed shower and get ready for church. REALLY?!?

With Trenton being his handsome little self, me with my soaking wet hair, (I refuse to dry it in the summer.) and Gary and LouAnn all dressed up for church, we load-up in their truck and head to church.

I have never been to a Catholic church and did not know what to expect.   I do, however, find it interesting how different denominations practice their faith.  The message was very uplifting and the songs were the good old-fashioned gospel kind.  One song in particular, “I Saw The Light,” kind of stuck with Trenton.  He found it on my iPod, sung by Hank Williams, Sr., and played it until he knew it word for word.

When the service was over, everyone gathered outside.  St. Peter & Paul Parish, in Springbrook, Iowa hosts a fund-raising festival every year in July.  The first thing I noticed when I stepped out of the church was the smell of smoke from a BBQ grill.  And not just ANY type of grill, but one that can grill 1200 chickens at a time!  The men in Iowa know how to cook some chicken. 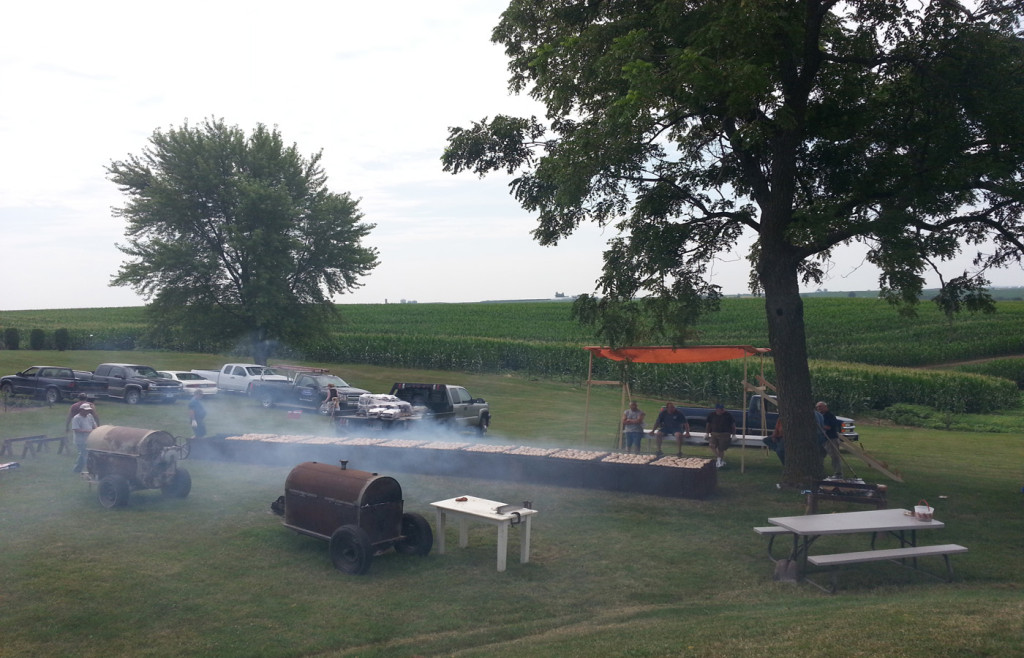 Here’s the bad part.  I don’t have my camera with me!!!! Just my phone so all these pictures are from my phone. 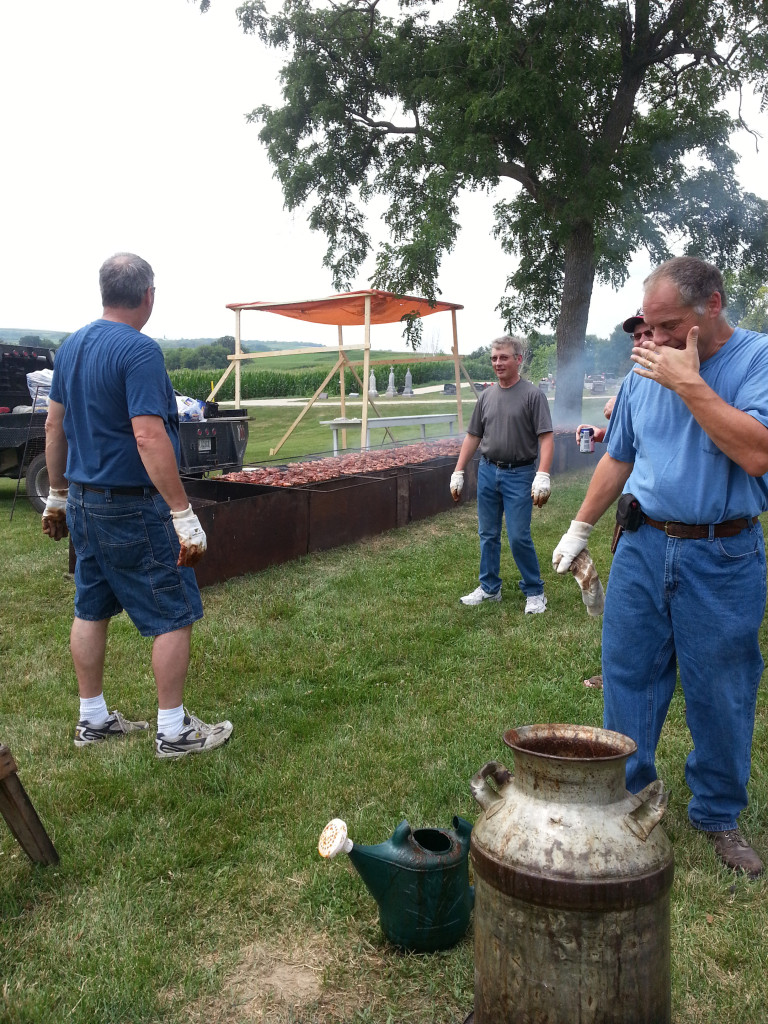 The watering can was filled with hot BBQ sauce and poured over the racks of chicken.

With the delicious smell of BBQ wafting through the air, the four of us meandered around the church grounds looking at all the different games they had set up for kids to play.  I noticed off to the side was a beer can on a table.  I thought to myself, “WOW! Someone brought beer to a church function!”  The problem was, I was using my outside voice, it wasn’t a thought. Gary chimed in with, “No, they sell it here.” WHAT?!? REALLY?!? Apparently you can’t have BBQ without beer.  Remember, this was a fund-raiser for the church, so, I donated. A. LOT.

After Trenton “won” several prizes, we head back to the campground.

The next morning we pack up after everything dries, say our goodbyes to our new friends and head to Missouri.

I want to thank John and Colleen for their generous hospitality, Joe and Sherri for the “Knicker’s” t shirt and Gary and LouAnn for inviting us to join them at church.   I hope our paths will one day cross again.