Down Hwy 82 in rural Alabama,  there stands a large, tan, metal building, that produces something unique and very healthy.  This building is owned by Peggy and Jeff Sutton, and they produce an organic sprouted flour.

After several years of a stressful job and “just not feeling well,”  Peggy started researching the truth in nutrition, and found that proper nutrition, “clean” nutrition, was pointing her back to simpler ways of eating.  Basically, back to Biblical times.  Think about the way your great-grandmother ate, it was clean, fresh from the ground, in its God given state.  There was no such thing as processed food.  Our families were healthier back then and obesity was not the norm. 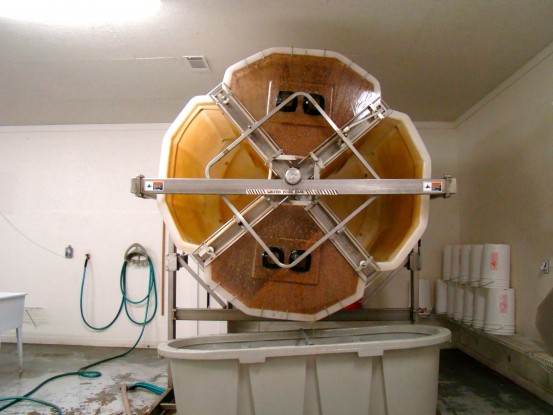 The organic wheat going through the sprouting process.

Peggy fell in love with the traditional way of eating and the traditional way of preparing grains.  She then purchased some organic wheat, sprouted them in a mason jar, dried them in her dehydrator, and  then milled them with her home milling machine. The finished product was a loaf of homemade, nutritious bread.  Her family and friends loved it and she felt better.

The sprouting process breaks the grain down to simple sugars and it burns as energy, “It digests like a tomato, not a potato.  It doesn’t store in your body like fat,” Peggy told me. 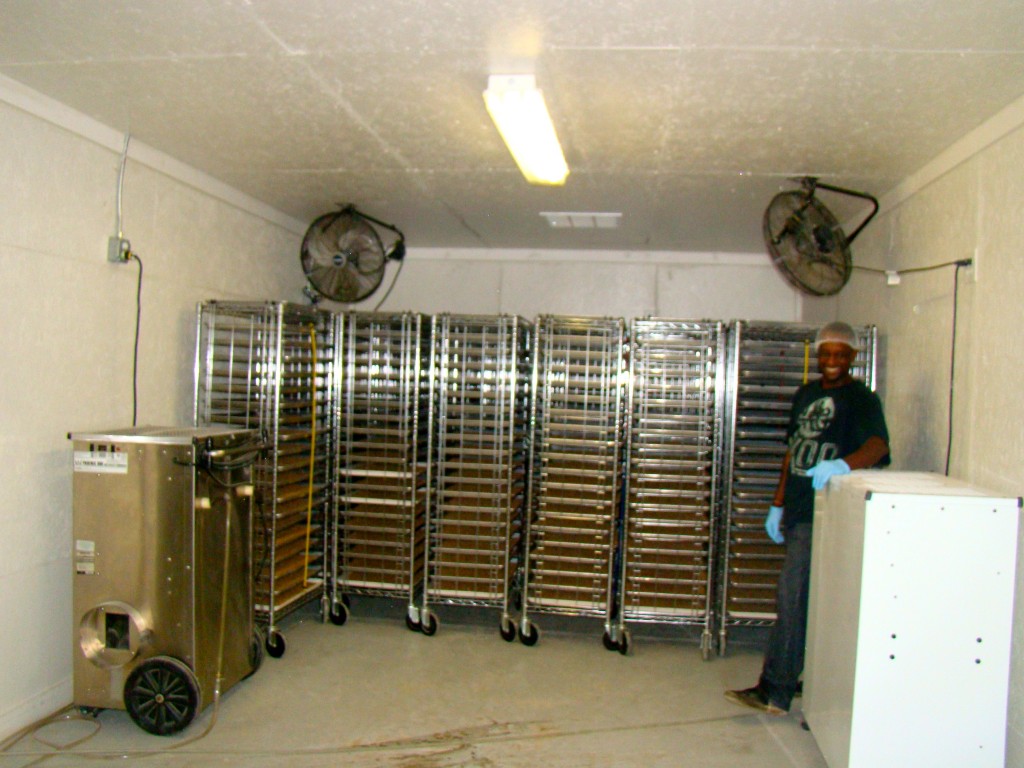 It takes 24 hours for the wheat to germinate. The sprouted wheat is then sent to the drying room.

After sharing the bread and muffins with her friends, they started to demand more than she could produce and a couple of local stores wanted to sell her baked goods, but doing so would require a commercial license.  Her husband, Jeff, had just built a big barn behind their house and she asked if she could have a corner of it (closed off of course) and turn it into a commercial kitchen.  After getting her inspection, she was off and running.

Soon, the demand for her baked goods far exceeded what she could produce and Peggy had to start buying the sprouted flour from a lady in New Mexico, who was a nutritionist.  Shortly after Peggy was featured in one of the ladies newsletters, a wildfire destroyed the ladies business and home.  She decided not to rebuild, and her customers were now contacting Peggy for her sprouted flour. 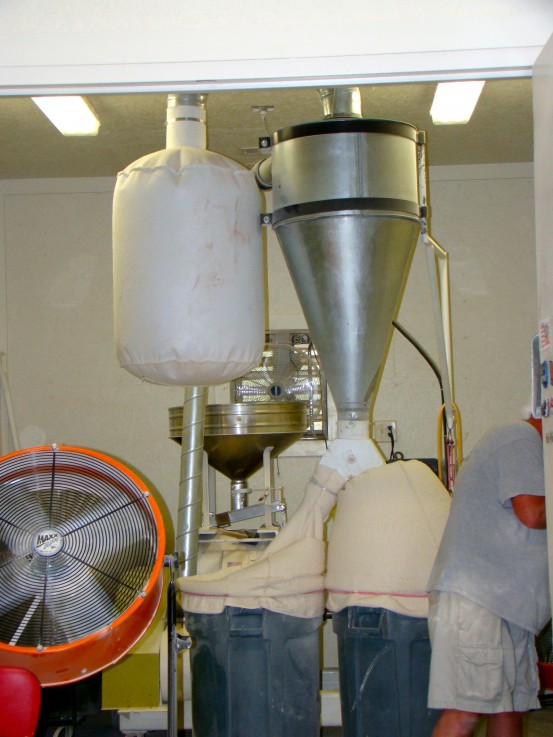 The mill where 20,000 pounds of the sprouted wheat is turned into flour each week.

Peggy’s passion for healthy eating  quickly became a mountain of a job, and she had to move the baking to a bigger commercial kitchen down the road so Peggy could concentrate on how to fill the orders for the sprouted flour.

It’s time to build the big tan metal building! Two-and-a-half years ago Jeff quit his job to help Peggy with her growing business.  They produce 20,000 pounds of sprouted flour a week and they are the largest producer of sprouted flour in the country.  With eight full-time and two part-time employees they are busting at the seams and have broken ground on their second facility right next door.

To Your Health Sprouted Flour Co. offers thirty-four different products and ships them all over the world. Peggy and Jeff have seen a growth increase of at least 200% each year.  With more and more people finally  realizing that what they are eating has a direct impact on their health, I see Peggy and Jeff having to build another building real soon! 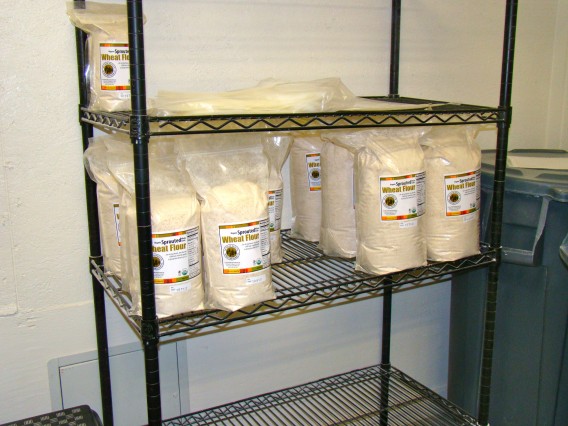 This is the finished product for retail sales.

I walked away with a greater understanding of how our food is handled and processed and I am more determined than ever to keep my diet “clean” and healthy.  I also received a bag of Peggy and Jeff’s sprouted flour, and I can’t wait to bake a loaf of bread this weekend! (And muffins, brownies, cookies…)