Did you hear me? NEVER quit! NEVER give up.

From a child on up, I always heard,      “ Winners never quit and quitters never win.” That is the way I live my life. You don’t get anywhere by quitting. Sometimes this life decision is a burden, and sometimes it is a blessing.

I have been this way my whole life. I was born at 28 weeks and weighed 2 pounds. I didn’t quit then, and I’m not about to start now. Maybe it is because I am an Aries, I’m bull headed and strong willed and this is just my nature.

A brilliant man once told me, “You should never quit but, you can stop.” Quitting, for me, is a sign of failure, and stopping means you have had enough. I stopped smoking, I had had enough of the nasty habit after watching an Uncle die of lung cancer. I stopped.

I have done things in my life because of my drive, and my “never quit” mentality that I probably should not have done. That attitude has taken me far and held me back at the same time. I don’t know when to stop, and I sometimes have to be told to stop.

Don’t Quit
When things go wrong as they sometimes will,

When the road you’re trudging seems all up hill,

When the funds are low and the debts are high

And you want to smile, but you have to sigh,

When care is pressing you down a bit,

Rest if you must, but don’t you quit.

Life is queer with its twists and turns,

As every one of us sometimes learns,

And many a failure turns about

When he might have won had he stuck it out;

Don’t give up though the pace seems slow—

You may succeed with another blow,

Success is failure turned inside out—

The silver tint of the clouds of doubt,

And you never can tell how close you are,

It may be near when it seems so far;

So stick to the fight when you’re hardest hit—

It’s when things seem worst that you must not quit.

If you quit, or give up, you will never know how close you were to accomplishing your goal. Maybe it was one more month, a week, a day or an hour. You will never know if you quit. I have had two people tell me that I am crazy for doing what I am about to do, the rest of you thinks it is incrediable. I will side with the rest of you on this decision. I don’t get discouraged easily, once I set my mind to do something, that is it. It is done. I’m not changing my mind. That is my bull headed side I guess, and I will not stop until I have accomplished my goal.

They say it is always darkest before the dawn, and this is true. If you have ever hit the road super-duper early as I do when I have a long way to go, you will notice the sky is sooooo dark just before the dawn, and I welcome the rising sun with a huge smile. The day is new, and you have a new beginning. If you think you can’t do something just wait until the new dawn, you will find that you can. Everything looks different in the morning. 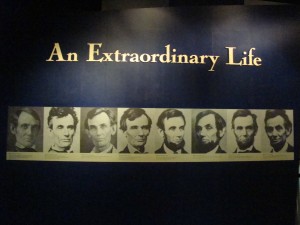 Do you know the story of Abraham Lincoln? When Lincoln was seven years old, his family lost everything due to a faulty title. At the age of nine, his mother died. When he was a young man, he was in a relationship with a young woman that died of typhoid fever. Abraham and his wife, Mary, had four sons. Only one of these children lived past the age of 18. Lincoln had a failed business, lost his job and couldn’t get into law school. He declared bankruptcy and then spent the next 17 years paying off the debt to friends that let him borrow the money to start the business. He was defeated twice for legislature and once for speaker of the legislature. He was defeated in becoming elector, and defeated three times for congress and three times for senate. Lincoln was then defeated for vice-president in 1856 before becoming our 16th president in 1860. HE DIDN’T QUIT. Perseverance pays off. 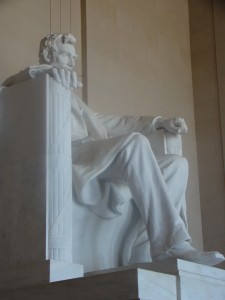 Every one of us will go through trials in our lives; the difference for a winner is they never give up. You will not get anywhere by quitting, and you will not know how far you can go unless you try. CAN’T WAS KILLED IN THE BATTLE OF TRY. Think about it.

And remember, the finest steel gets sent through the hottest furnace. A winner is not one who never fails, but one who NEVER QUITS! 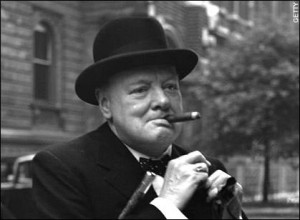